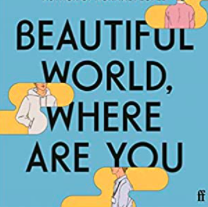 Martin was always very proud of his foreign editions – Italian, Portuguese, Spanish, Czech, Polish, Russian and Chinese to name a few.  He was surprised and honoured to find in Shanghai his three volume history of the Twentieth Century in a handsome five-volume edition, surprised because it was done without his agent’s or his knowledge.  A pirated edition, but still it showed there was interest.  People knew of his work, it was being used in university courses, and there was “name recognition”.  Some authors find other ways to achieve name recognition, and other ways to publicise their work.

Recently there has been a lot of news coverage about a novelist who decided not to have her most recent novel published by a foreign publisher who had published her previous work.  It was because, the reports claim, seemingly, she disagrees with that government’s policies, even though the government has changed since her previous work was published there.  (In fact it sounds as if she disagrees with that government’s very existence.)  Certainly any author or anyone holding the copyright of a particular work has the right to accept or decline a contractual offer by a publisher.  Contracts may be accepted or declined based on a number of reasons, usually economic.  In this case it is purely political.  Which is fine.  The author has a right to her political persuasion, her views, her bias.  What appears to be different in this case is the author has gone to great pains to publicise her views and this has ignited a storm of discussion.  If nothing else, it will help the sale of her work and add to her name recognition, her literary cachet.

Martin worked and wrote passionately for and about the causes he believed in.  Learning about the Soviet Jews who in the early 1980s were desperate to live where they could be accepted as Jews and lead Jewish lives without fear of dangerous repercussions, he worked tirelessly on their behalf.  He travelled to visit them and to speak about their plight.  He wrote articles and connected with individual “Refuseniks” as they were called, and through his efforts their names and their situations became well known.  He wrote books about them, and even dedicated to them the Churchill books he was writing at the time.  They were busy years for him but he found time to help them in every way he could, and in positive and productive ways.

There are ways to help people – and there are many people around the world who need help, who need advocates.  There are ways to engage with their situations in positive and productive ways.  It must begin with understanding their situation and the context, and what might be done to help them.  So the question comes up as to whether this well-published non-publishing event is about the people she is trying to help, or her own “name recognition”?

As a child I learned that one does not raise oneself up by putting down another.  Also I had a teacher who pointed out that we are blessed with two ears and one mouth and therefore must listen twice as much as we speak.  From Martin I learned that we must listen with our hearts when it comes to the stories of others.  And being with Martin I learned that any situation that bears the weight of history has context that must be understood and complications that must be untangled in order for change to happen.  Also, I learned from Martin:  words matter.

Were this author’s actions positive – actually helping the people she wants to help?  Were her actions productive?  And if so, for whom?

Read more: The Jews of Hope