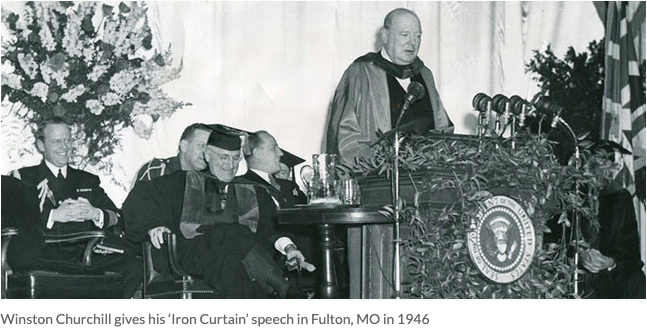 Martin’s intro to the speech:

In the immediate aftermath of the war, Churchill contemplated with alarm a Europe divided between East and West, by what he called an “Iron Curtain”.  The dominance of the Soviet Union and of Communism in Eastern Europe was his overriding concern in the international sphere.  He expressed his fears and also his hopes, when he spoke, at the request of President Harry S. Truman, at Westminster College, Fulton, Missouri, on 5 March 1946.  He gave his speech the title “The Sinews of Peace.”

To read Sir Martin’s own speech at Westminster College on 26 April 1981:  Click Here