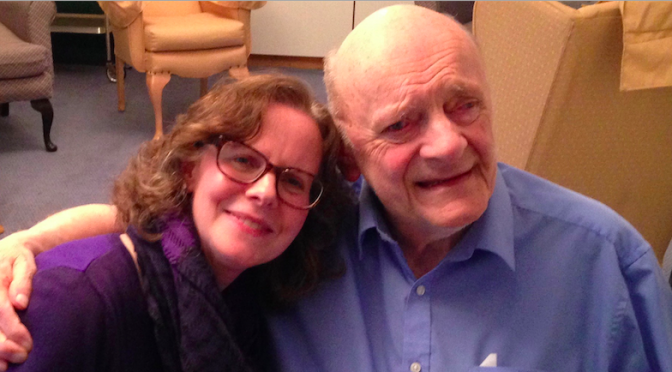 One of the early inspirations in Martin’s life and subsequent historical work was his Highgate School History Master, his mentor, his friend, Alan Palmer who sadly died this spring in his 96th year.  In 2005, with the 90th anniversary of the Somme battle approaching the following year, Alan suggested to Martin that he write about that battle.  Generally Martin took a broad canvas to describe history but this time he focussed on one battlefield, and The Somme, The Heroism and Horror of War, is the result.  In Martin’s dedication in the book, he writes:  “To my teacher Alan Palmer, whose encouragement, beginning at school, has been consistent for more than fifty years, I dedicate this most recent assignment.”  This dedication was quoted at the Requiem Mass memorial service for  Alan.

In 2003, Alan’s history Napoleon in Russia was republished and Martin contributed the Foreword.  Martin writes:

Alan Palmer is one of my favourite historians.  I have read all his thirty plus books, and have learned from them all.  His reference works serve as models of clarity and presentation.  I must also, in Parliamentary parlance, declare an interest.  Alan Palmer was my history teacher at Highgate School.  Every day nowadays, just after sunrise, as I take my morning walk up Highgate Hill and around the school buildings, past the school hall and war memorial, I recall those years of Alan’s teaching.

Napoleon and the Napoleonic era was always a focal point of Alan’s enthusiasm.  I remember – and may still have among my boxes of mementos – the essay I wrote for him on Napoleon’s early rise to power.  Alan Palmer brought all the battles, among them Marengo, Austerlitz, Jena and Wagram, to life, both the course of the battles and, most importantly, their impact.  Not only the battles, but the personalities, the politics, treaties and diplomacy of that era were invigorated by his zeal.  That zeal led me, during a teenage trip to Paris, to learn by heart the magnificent lapidary inscription on the Petit Arc de Triomphe – at the far end of the Champs Elysees to the great Arc de Triomphe – an inscription that narrates the march of the Grand Army from Boulogne to Austerlitz.  Every reader of this book who visits Paris should read that inscription.

Even during Alan Palmer’s Highgate School teaching days, Napoleon in Russia was his great enthusiasm; indeed, in those very days, he was collecting material for this book, which was first published in 1967.

How lucky we schoolboys were to have a working historian as our teaching historian.  I was so inspired by his teaching that I wrote a short play, which was performed at school, about Napoleon in Moscow, in which Napoleon – seen by the audience during his exile on St Helena – dictates his memoirs, while on the stage in front of him the real events in Moscow in 1812 are enacted.

There was another remarkable history teacher at Highgate in those days – now almost fifty years ago.  He was Tommy Fox, to whom the first edition of this book is dedicated.  He and Alan were a formidable, but always supportive and encouraging duo.  As I go on my morning walk, and swing down Highgate Hill past the Rose and Crown, I recall our early evening sessions there, when the severity of the classroom was replaced by the more mellow surroundings of the pub (we schoolboys drank tomato juice).

This new edition is dedicated jointly to Tommy Fox and Alan Palmer’s late wife Veronica.  We schoolboys liked her and enjoyed her hospitality.  It was my good fortune to have continued to see Alan and Veronica over the years, and to visit them in their home in Woodstock.

It is a delight to me, as it will be for all who love history, to see this book in print again, and to plunge into all the intricacies, puzzles and dramas of Napoleon in Russia.

Alan had been such a great support to me when Martin was ill.  I was fortunate to have been able to visit Alan after Martin died, in 2015, and in 2019.  He was warm and friendly, his mind as sharp as I remember.  He will be missed by his friends, his faithful readers, and the legions of schoolboys whose love of history Alan ignited.