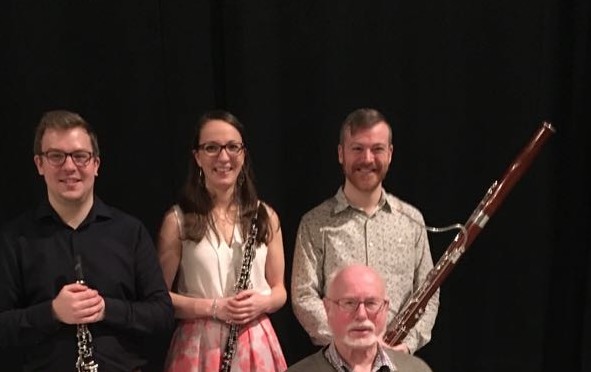 In the summer of 2017 I was re-reading Sir Martin Gilbert’s very disturbing book on Kristallnacht and its immediate consequences. I’d reached the account of how the 927 German refugees on the chartered ocean liner St Louis were, for purely bureaucratic reasons, forbidden by the U.S. and Canada from landing, so most had to return to the land they were fleeing from. Full of emotion and indignation, I was then due to attend a short recital by the young Trio Volant, whose expressive performances immediately stirred in my mind a musical response to what I’d just read. They must have known, because in the interval they came over and asked me to write them a piece! What emerged in the following weeks was a tortured musical journey which, I feel, expresses the constantly changing states of mind of the rejected, some of whom were small children: from sadness to burgeoning hope to frustration, fear and utter despair.   I’ve called it Return of the St Louis. 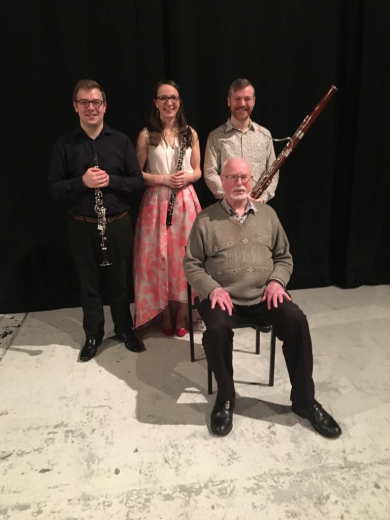 Photo: Trio Volant and Anthony Gilbert at première of Return of the St Louis, Lincoln, 6/2/2018, courtesy of Simon Ham.

The Return of the St Louis is just over 8 minutes long, and received its world première at the Drill Hall in Lincoln on Tuesday, 6th February.