This September marks the 80th anniversary of the beginning of the Second World War, a war that saw the deaths of tens of millions of both military and civilian populations, and a sea of refugees both before and after the conflict. In those pre-war years in Germany when the Nazi Party consolidated its leadership and unleashed terror against its Jewish citizens and other “undesirables”, many took the opportunity to flee.

As Martin has shown in his Atlas of the Holocaust, half of the 650,000 Jews of Germany emigrated and survived, among them 102,000 who went to the United States, 63,000 to Argentina, 20,000 to Shanghai and 33,000 who were able to go to British-Mandate Palestine. Within Europe, the Netherlands took in 30,000, as did France, and 52,000 found refuge in Britain (including 10,000 “Kindertransport” children who came as a direct result from the outcry after the destruction of Kristallnacht). (For a more complete listing, please see his Atlas of the Holocaust.)

Among those who escaped and found refuge were artists, musicians, and writers who fled either because they were Jewish or because their art was considered by the Nazi regime to be “degenerate”.  In mid-July, two events in particular are being held in London to remember the artists who came to Britain, and to appreciate what they were able to achieve in a world where creative expression was allowed to flourish in freedom. 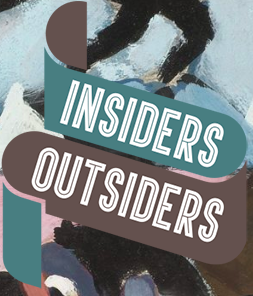 Sir Martin’s work will give historical context to these two events: An exhibit presented by the Ben Uri Gallery in conjunction with the Insiders/Outsiders festival on the contribution of German refugees to British culture “Art-Exit: 1930 – A Very Different Europe” opening July 17, and a presentation of Kurt Weill and Kurt Schwitters “Exiles in Creativity” with excerpts from Weill’s orchestration of Zaubernacht at Morley College on July 19.