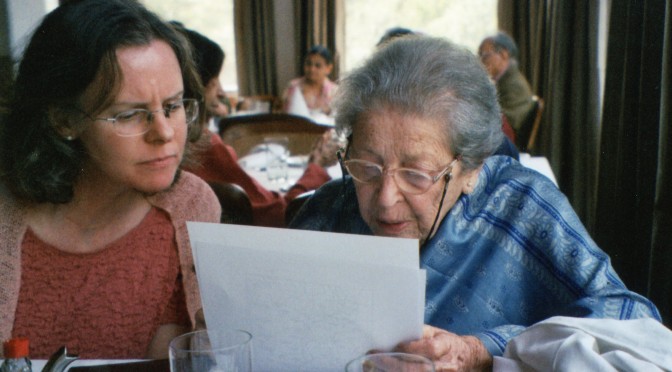 After Martin and I married, he took me to India to meet (and hopefully be approved by) his “adopted aunt” Fori Nehru, the wife of the Indian diplomat BK Nehru, cousin of Jawaharlal Nehru, India’s first Prime Minister.  As Martin describes in his book Letters to Auntie Fori, the Story of the Jewish People, in 1958 Martin had hitchhiked from England to India and turned up at the door of his Oxford friend’s parents, with a “rebellious” stomach.  It was Auntie Fori who nursed him back to health and became a lifelong friend.  Everyone called her ‘Auntie’ as a sign of respect, but she called Martin, like her three boys:  “beta”, son.

In his diary of that trip in 1958, Martin writes of reaching Banares after experiencing the warmth of the Nehru household, the fascinating people he had met there, and the sadness he felt at being alone again.  He tries to cheer himself up:

“You are in India, after a journey overland that many will envy you doing, and that you too will enjoy retelling:  a journey that even now, in this age of travel, neither easy nor common.  You have spent 2 weeks in Delhi mixing with people the equivalent of whom in England you have hardly even met.  You have been treated as a son by a wonderful woman – perhaps that is what makes you so sad – who had spared nothing to make your stay comfortable and entertaining.”

In the years that followed, the closeness between Martin and Auntie Fori grew.  BK became the Indian Ambassador to the United States and Indian High Commissioner in London among other high position diplomatic placements.  When their paths did not cross, Auntie Fori and Martin kept in touch by letters.  In 2002 Fori asked Martin to recommend a good book on Jewish history  Instead, he wrote one for her – actually he wrote to her in a series of letters!

Martin took me to India three times.  We visited Auntie Fori in her home in Delhi and in Kasuali, high up in the Himalayas.  By then BK had died, and I remember each time she passed his photo she would gently stroke his face.  It is a feeling I well understand now. 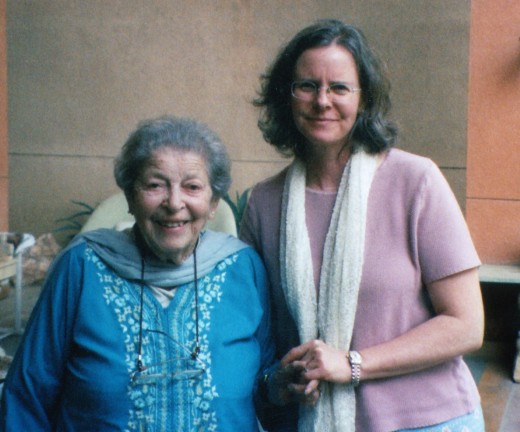 Auntie Fori had a manner that made her guests feel as if they had known her all of their lives, yet she was strong and determined and knew her mind.  Her life in India coincided with the years that  moved it away from the British Empire to become a thriving democracy in a country beset by problems few countries can even fathom.My last email from Auntie Fori came in July 2015 – and yes, she was still emailing at 106!  She wrote to me about furthering Martin’s work and his legacy:

Your choice is difficult, but remember I am with you in your decisions – for how long I shall be here, I cannot say, but whatever length it is, I am with you.  Do not forget me and continue to write.

Love and blessings,
A. Fori

Love and blessings to you, Dearest Auntie Fori, and to your family

READ MORE: Letters To Auntie Fori, The Story Of The Jewish People