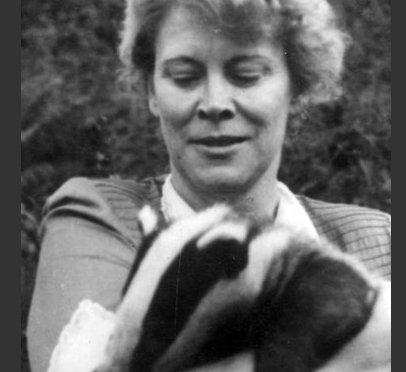 Recently I saw the film The Zookeeper’s Wife. (OK, so I don’t get out much.) Though not an “unknown” or “forgotten” story (see Sir Martin’s The Righteous), still it is an important one and it presents a unique approach to the problem faced by many willing souls of how to save Jews during the Second World War at the risk of their own lives and families. Jan and Antonina Zabinsky who ran the Warsaw Zoo, decided to hide Jews where the animals had been living before the war. Courageous to the end of the war, Jan also fought in the Warsaw Uprising of 1944, was taken captive by the Germans, and returned to his beloved Antonina. In 1965, both were among the first to be recognised with Yad Vashem’s Righteous Among the Nations honour for their extraordinary efforts to save Jews.

So often in trying to present a story and a group of characters with whom an audience can connect, the historical context becomes merely the blank canvas on which the filmmakers project their views, or their ignorance. Thus the (Jewish) Warsaw Ghetto Revolt of 1943 blends into the (Polish) Warsaw Uprising of 1944. It would have been an opportunity to present the true history, as would showing Janusz Korczak’s Polish assistant Stefa Wilcynska who chose also to accompany the orphans on their deportation train to Treblinka and their deaths.

The screenwriter of Darkest Hour, Anthony McCarten is quoted in The Times as saying that his Tube Station scene is “in some ways the most truthful scene in the whole movie”. What does “truth” mean to a filmmaker who invents a scene because it is deemed to be “filmic”? Wouldn’t showing the actual scene whereby Churchill’s determination is reinvigorated have been just as dramatic? (See last month’s blog “Churchill’s Vote of Confidence”)

Costumers and make-up artists lavish such detail in portraying an historical character who looks the same as the real person, and actors go to such lengths to walk, and speak with the same intonation and tone as the real person. But then what comes out of their characters’ mouths? And what is going on in the background? When presenting historical figures, it would help if the filmmakers would consult an historian or a history book that tells the real story with chronology and context in all its richness?

Films are fictional accounts, yet they still present the opportunity to tell an accurate story. In 1982, Meryl Streep reset the bar for acting when she gave Sophie Zawistowski an accurate Polish accent in Sophie’s Choice. Costumers layer on the latex and the prosthetics for an accurate character look. Could screenwriters of films that portray an historic story, consult the historians and their histories to determine what the truth is? In representing a character that we know, shouldn’t the scene be as accurate as the costume? If a screenwriter claims his fictional scene to be “the most truthful”, he has undermined his work, and thrown out the prime minister with the bathwater.