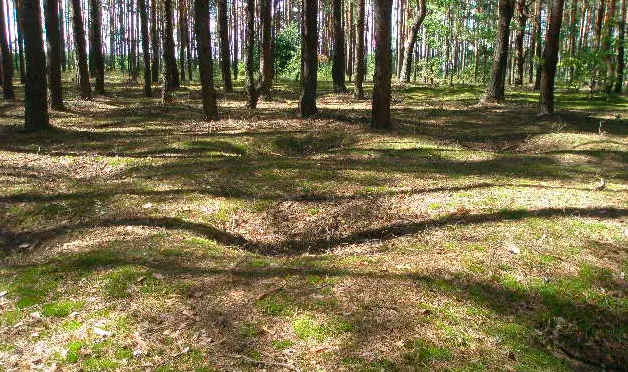 Russia and Ukraine – there’s history there.  And it probably goes back to the beginning, though the 20th Century has been particularly harsh on that relationship.

In 2011 Martin and I went to Volhynia, to my ancestral homeland, now northwest Ukraine.  Very little had changed since my parents lived there, just over a century ago.  Life is basic, rudimentary, “simple” though it seems far more difficult by our western standards.  Money is now pouring into Ukraine to help it rebuff a Russian advance.  Security, secure borders, must come before the other amenities of life, like indoor plumbing and mechanised farming tools.

My late mother told a story that when her mother was due to give birth with her, the family was fleeing.  They found a farmhouse where they found sanctuary for the night, along with other refugees.  Because my grandmother was in labour, she was given the bed.  The next morning the refugees continued their flight.

Among the hundreds of questions I never asked her, I never asked my mother who exactly the family was fleeing from in January 1918.  It could have been remnants of First World War combatants, of the Bolshevik Revolution, or the periodic pogroms, the perpetrators of which gained strength in times of instability.  Miraculously my mother survived.  My grandparents lived another 22 years, until the Germans and their local Ukrainian helpers shot them.

The only hint that Jews had lived in the areas we visited could be found in the scraps of gravestones with Hebrew writing, and post-war memorials at the mass murder sites.  Of the dozen towns we visited, only one had an intact Jewish cemetery.  Perhaps the saddest of these hidden cemeteries was at Horodok, near Manevychi.  Horodok is a tiny village with a large Ukrainian war memorial.  To the west of the town in the forest, lies the remains of the cemetery but the ground is pockmarked from the battles fought there during the war.  Years later the forest is still scared by shell holes.  The Jews of Horodok who were fortunate to have died before the war and had thus been given the honour of a grave and gravestone, still were not allowed to rest in peace.

Ukraine is a blood-soaked land, the blood of many religious and ethnic groups have watered the forests.  Thirty years after having achieved independence, Russia is poised to “reclaim” it.  If Russian troops are amassed at the border, then they surely recognise a border – of an independent state.  In the meantime, western and western-looking countries are sending support, maybe relieved that, yet again, Ukraine will be the battleground, and not their own fair countries.

The 21st Century promises new battles to fight, new challenges to overcome, not least with global warming and a disease that has gone viral.  Isn’t war just so last century?

Read: The History of the 20th Century