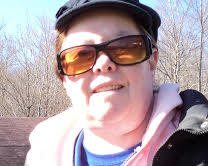 We are pleased to announce the  winner of our February Book Club Quiz, Patricia Finnegan from the USA. Well done Patricia and thank you for your kind and moving contribution.

I ‘met’ Sir Martin via email, in early 2007, after finding his Web site.   I wrote to tell him I had read his book The Holocaust: The Jewish Tragedy, and was impressed by the amount of information contained in the book. To my surprise and delight–he responded personally!    And thus began a very enjoyable email correspondence.

After that initial email, Sir Martin sent me a copy of his one-volume Churchill biography, and the small book Winston Churchill’s Wartime Leadership. And he inscribed, and sent to me, a hardcover copy of his Atlas of The Second World War.  I also own copies of his books The First World War, The Second World War, The Righteous, and The Somme: Horror and Heroism on the Western Front.

And I almost forgot to mention: Sir Martin’s publisher kindly sent me his coffee-table-sized book: The Story of Israel! I was so surprised by the massive amount of historical information in the book; especially the reproduced copies of documents of special significance, celebrating Israel’s 60th anniversary as a nation. This book is of special pleasure to me as I am a Christian who supports Israel, and the Jewish people.

In November 2010, I had the chance to visit the UK, in the run-up to Remembrance Day. Before leaving home, I contacted Sir Martin to tell him when I would be in London, and see if we would have a chance to meet. I knew he was busy with the Iraq Inquiry, but he made time for a visit and to share breakfast with me, at a cafe at St Pancras Station!

We had a delightful chat during that breakfast. He asked me how I liked London (it was my first visit to the UK), and I asked him about his family, and about his writing. He told me he had met Diana, Princess of Wales, while researching for the Atlas of British Charities.   I’d mentioned I’d taken a ride on the ‘London Eye’ my first day; Sir Martin said he wasn’t terribly fond of heights!

Our visit was all-too-short, and he was off to work with the Iraq Inquiry.  He kindly paid for our meal!  It was an occasion I will remember forever!!

While in London, I found a copy of The Holocaust at a bookshop in Trafalgar Square.  When I returned to the US, I emailed Sir Martin to say I was sending him the book, and asked if he would inscribe it. He graciously did so: ‘To Pat Finnegan, with the author’s regards, Martin Gilbert’. It is one of my treasured possessions.

During our email correspondence, we would sometimes find time for short chats back and forth. He wrote once to say that he, Lady Gilbert, and Placido Domingo and his wife, spent some time in their London garden. And Mr Domingo gave them a ‘private concert’!!   And Sir Martin also told me once he enjoyed going to the Salzburg Music Festival in Austria.

Needless to say: I was so very sad to learn about Sir Martin’s illness in 2013.  Our correspondence stopped at that time, and I didn’t learn how bad it was until I emailed a mutual friend: Allen Packwood, from the Churchill Archives Centre in Cambridge.

Sir Martin, in fact, referred me to Allen in 2010: I live very close to the Upstate New York birthplace of Winston Churchill’s maternal grandfather, Leonard Jerome, and had mentioned this fact to Sir Martin.   During my 2010 visit, I went to Churchill College to meet Allen, and he very kindly took me through the Archives where he showed me letters written by Leonard Jerome and Winston’s mother, Jennie Jerome (Lady Churchill).  Since then, Allen and I have become friends, and we correspond on occasion.

Since Sir Martin’s passing last year, I miss him even more.  It was a privilege, and a great blessing, to know this wonderful man even for a short time.  I will always remember his kindness and graciousness to me.