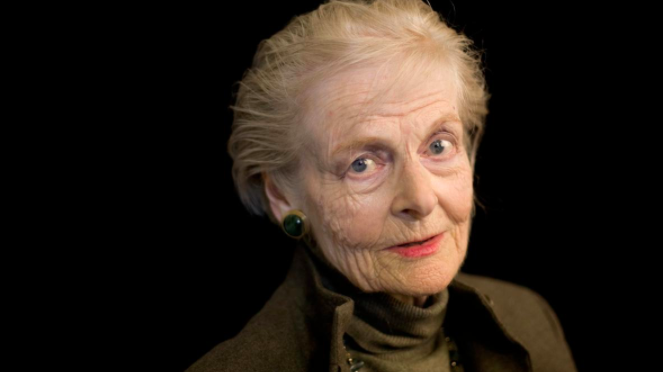 It was a Friday, the 30th of January, on the 50th anniversary of Winston Churchill’s funeral and I was invited to Parliament for a rededication of the Oscar Nemon statue of Churchill in the Members’ Lobby of the House of Commons.  Afterward the Speaker of the Commons John Bercow hosted a reception.  There was a very dignified and distinguished-looking elderly lady in a wheel chair and, as people left, and I went up to say hello.  It was Clarissa Eden and we chatted for a few moments.  Unfortunately, to my embarrassment now, I didn’t know enough about her at the time to have an intelligent conversation.  Later, when I went through Martin’s archives, I connected the dots.

Clarissa Spencer-Churchill was the daughter of Jack Churchill, Winston’s younger brother.  In 1952, she married Anthony Eden, Earl of Avon, who was Foreign Secretary, notably during the Second World War, and Prime Minster from 1955 to 1957.  Eden died in 1977.  In Martin’s archives is correspondence between Lady Avon and Martin.  She was keen for Martin to write Eden’s biography.  She knew Martin would cut through the controversies and write what had happened, based on documentary evidence, much of which is not always accessed by journalists and historians with an agenda.

At the time Martin was deep in writing the multi-volume Churchill biography.  In 1977 he was halfway through what came to be the twenty years he devoted to this magisterial work.  He could not break off to write another biography of a British politician.

In the end Eden’s biography was written.  Martin had a conversation with Lady Avon subsequent to its publication.  He asked her whether the biography had done her late husband justice, whether she was satisfied.  She responded with the line that Martin repeated many times:  “Is the widow ever satisfied?”

From that Friday afternoon event, I went to visit Martin in his care home and tell him about it.  The sepsis infection that proved to be unbeatable had not taken hold yet, but within a couple of days it had and he died the following Tuesday.  Though a biography of Martin is yet to be written, I can well understand Clarissa’s line:  “Is the widow ever satisfied?”  No written word can bring back the vibrancy of a life well lived.  In the case of a public figure, how much more complex to portray.

The obituary in The Times describes her dedication:  “All the while she continued to guard her husband’s memory with what her acquaintances regarded as characteristic vigour and her friends as her essential integrity.”

I wish I could have told her how her dedication and her insistence on the truth has inspired me.