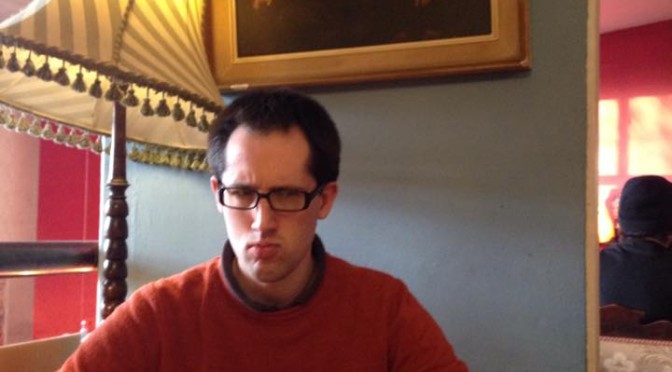 For anyone interested in the life of Winston Churchill, as I am like many thousands around the world, the work of Sir Martin Gilbert is inescapable.

Churchill’s own quote on his work as a historian ‘History will be kind to me – for I intend to write it’ is well known. But I don’t think that really tells the full story – in reality History has largely been kind to Churchill primarily because he and Martin Gilbert wrote it.

As someone (I think it may have been John Charmley) called him Sir Martin was ‘Churchill’s angel on earth’ labouring tirelessly to promote understanding of his work, and with steely politeness, correct the many myths and misapprehensions often used to attack him.

I think it’s fair to say that after Churchill himself, nobody has done more to influence our understanding of Winston Churchill’s place in History and ensure his life has been fully documented and remembered.

I imagine Churchill would be pleasantly surprised to learn that of all his distinguished friends and contemporaries, including many distinguished historians, a man he was probably never aware of would play the leading role in ensuring he was remembered positively. (Although as Sir Martin started contributing research to the official biography in 1962 at a time Randolph Churchill would still occasionally have lunch with his elderly father and discuss progress on researching his life it’s tempting to believe that Winston would have heard some of Martin’s early exhaustive research – albeit indirectly.)

The Official biography of Churchill, the last six volumes of which were of course completed by Sir Martin after Randolph Churchill’s death, has a strong claim to be the most comprehensive biography ever written – and when asked about researching Churchill I often tell the story of Sir Martin’s expectation of a year or so’s part time work turning into a 40 year plus mission as a gentle cautionary tale on just how vast the Churchill archives and field of Churchill studies can be.

Anyone researching Churchill today will nearly always, on consulting archives, find Sir Martin’s fingerprints in the dust [metaphorically of course as I’m sure Sir Martin wore gloves if handling delicate documents, and the Churchill College archivists maintain a fine standard of cleanliness..] and all later writers on Churchill have been following in his footsteps, helped hugely by the well- trodden path, he so scrupulously marked and signposted in his books.

My favourite book of Sir Martin’s is not actually the Biography but In Search of Churchill the fascinating and often funny account of his writing the book and scouring the world for Churchilliana. It’s well worth a read even for those who know or care nothing about Churchill being stuffed with evocative descriptions showing the thrills and frustrations of the historian’s craft.

Being the pre-eminent biographer and world authority on a leading historical figure would be enough for most people, but of course Sir Martin was much more than just Churchill’s biographer; His book on Kristallnacht contains an invaluable collection of eyewitness accounts he personally tracked down, he added a lot to our knowledge of Appeasement and inter-war diplomatic relations as a whole, his many historical atlases are read and used for teaching around the world (If he ever attempted it I’m sure he would have enjoyed drawing a map of his international book sales), and among much more, he was a leading historian of Israel and the Jewish people.

I thought the story Gordon Brown told at his memorial service illustrated Sir Martin’s reach well –that after carefully considering an appropriate diplomatic gift to present to the Israeli Prime Minister, then Ehud Olmert, Brown presented him with a copy of Martin Gilbert’s The Righteous – only for Olmert to then present the gift he’d chosen for the British Prime Minister – a copy of Martin Gilbert’s The Story of Israel.

Like so many I was saddened by his death last year, and he will be very much missed, but I’m comforted by the thought that he left so many books to be reread – and many which I’ve still to read!

With kind permission from Joe Oliver