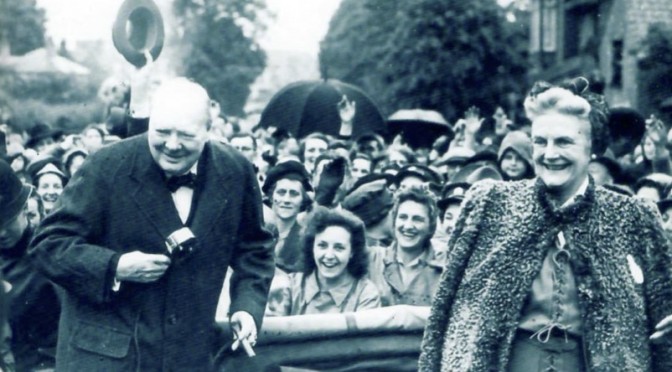 Photo: Churchill, in his constituency, electioneering with his wife, 26 May 1945. For the reasons why Churchill lost the election, and his response, see The Will of the People

In December 1944, when democracy was under grave threat in liberated Greece in the form of a civil war, Churchill flew personally to Athens, to persuade the warring Greek factions to accept a unified, parliamentary-based government. In justifying his personal intervention, he told the House of Commons: “Democracy is not harlot to be picked up in the street by a man with a Tommy gun. I trust the people, the mass of the people, in almost any country, but I like to make sure that it is the people and not a gang of bandits from the mountains or from the countryside who think that by violence they can overturn constituted authority, in some cases ancient Parliaments, Governments and States.”

Quoted from The Will of the People, Churchill and Parliamentary Democracy

Read: Will of the People

And, finally a Thank You to Kori Schake for her review in the New York Times of two new Churchill books, in which she not only mentions Martin’s work, but links to his website:

The article also links to the websites of Andrew Roberts and Isaiah Berlin and to an obituary of John Lukas. Four such historians cannot be wrong.