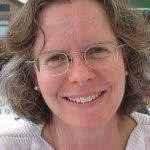 The new data protection laws coming into effect offer an opportunity for many of us to take a look at the newsletters we receive, and those we send. Because the readers of the Sir Martin Gilbert Newsletters have personally subscribed, and with our double opt-in, you need not resubscribe. But this also seemed an opportunity to give some background into why and how these newsletters developed.

A very sudden cardiac arrest and subsequent hypoxia brain injury in the spring of 2012 brought Sir Martin’s working career to a halt. Family and friends were in constant touch, eventually to be joined by legions of Sir Martin’s fans, each wanting to know how we both were managing and what his progress was. In a short time I realised the only way I could cope was to write periodic updates to the masses – close family members, friends who had known him for years, and some people who had never met him but were anxious to hear news of his health and well-being.

Eventually there were people around the world, on every continent, praying and hoping for Martin’s recovery, in many different languages and in many different religious and non-religious circles. Not only were their concerns a honour to Martin, they were a huge source of support to me. If I was late in reporting, people would email me for news – people I knew and many many I had never met and could pass on the street without knowing. Such was Martin’s impact on them; such was the decency and caring his illness brought out. This went on for nearly three years.

Having worked during much of that time on creating the new website that would be a source of reference into Sir Martin’s life, his travels, and his work, his death just over three years ago brought about a change in the nature of the email updates. As I wrote in that final email, the last question of Sir Martin’s life was answered on the 3rd of February 2015 when he died. But the relationships I had developed and the caring and concern that had been shown to me – I was not ready to let that go. Within a few short months, the newsletter that you have been receiving found its place. The July edition begins the fourth year of production.

My hope was to focus each month on one of Sir Martin’s books, and one of his atlases. Some months the books connect to a story in the news, or a particular historical anniversary, or the mood of the times. Each month I include in the newsletters a piece by Martin, either an excerpt from the book being highlighted, or an article or piece he had written. These pieces are archived on the website in the Blog section of the Blog & Blatt. The Blatt bit is made up of pieces by me that give some insight into his work, our life together, the people we met, the places we travelled. And then the newsletter contains a section of Sir Martin in the News by way of his Web Citings, when he is quoted in the media, in large news organisations and small periodicals and blogs, all of whom feel his name brings authenticity. That his work is mentioned, in local newspapers and in major ones, throughout the world, shows that the history of the 20th Century that Martin Gilbert wrote will not change, and is still a source for us to understand the world as it is now.

Please pass the newsletter on to your friends if you feel it would be of interest. Please feel free to be in touch with me. Please help to share Sir Martin’s legacy.