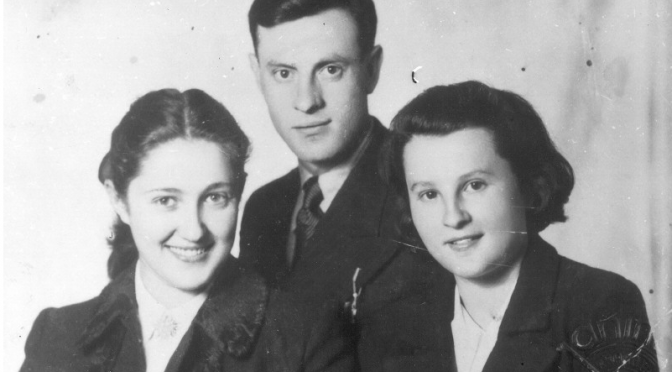 “We are fighting for three lines in the history books.”

On December 22, a month after making this remark, Liebeskind, leader of the Jewish Fighting Organisation in Cracow, and his small group attacked a popular Cracow café that was frequented by the SS and Gestapo.  Liebeskind and most of the others were hunted down and killed.  Very few survived.  But along with the survivors of that attack, Liebeskind’s remark also survived.

In no less than four of his books that deal with this period of history, Martin describes the battle and the result of this brave attack. Each description is tailored to the theme of the book.  In his classic work The Holocaust, Martin writes how Yitzhak Zukerman, one of the resistance leaders in the attack which culminated the following year in the Warsaw Ghetto Uprising, had come from Warsaw to help.  Martin quotes Zukerman’s belief that they hoped “to save what could be saved, at least of honour.”  The Jews were not going to be, as the myth became, “led to the slaughter like lambs.”

In his Second World War, sandwiched between his description of partisan activity in the Caucasus on December 21 and the advance of the Germany army on Stalingrad on December 23, Martin describes the December 22 attack on the Cracow café.  Six members of the Jewish Fighting Organisation were involved in the attack.  Liebeskind’s wife Rivka was among those who survived, and hoped to help Jews in hiding in the forests, “to save at least someone to relate our story”.  In fact Rivka survived Auschwitz-Birkenau and testified at the Eichmann Trial.

In his spread of Ghetto Revolts in his book Never Again, Martin adds that during the fight at the café, Judah Tenenbaum grabbed a pistol from a German, and killed one before he himself was shot.  Martin describes the desperation of the Jews in an attack that was doomed to fail, but hopeful and courageous throughout.

In 1996 Martin taught an MA course on the Holocaust.  His students were keen to see the places where the history they were studying had taken place.  Martin led them through Europe, keeping a diary that became Holocaust Journey.  While in Cracow, he takes his group to the site of the café and describes the attack.  Seven Germans had been killed.  Martin describes what he and his group find there (and even its history):

“There is a plaque on the café wall:  ‘On the night of 24-25 December 1942, a group of soldiers of the Armia Ludowa and the Jewish Fighting Organisation carried out an operation on the Cyganeria hall, which was full of Germans, and inflicted heavy losses upon the conqueror.’  The inscription, which was put up in Communist times when the Armia Ludowa was the only fully recognised resistance army, does not say that all those who took part in the attack were in fact Jews.  And the date is three days out.”

I have often wondered what Liebeskind’s tone was:  was he encouraging his friends to become part of history, or was he overwhelmed by what they were up against, realising that their efforts and their lives were worth “only” three lines?

Martin told me whenever he wrote about Liebeskind, he always made sure to give him at least four lines.