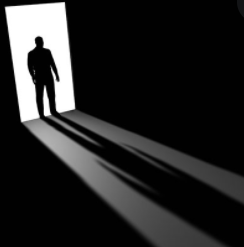 Photo: Is he facing the truth, or filtering it? The dark shadow of this biography. Image from intheblack.com

Andrew Roberts wrote a review in The Spectator of a new Churchill biography. It seems that the author of the book uses his journalism background to present a picture of Churchill that seems to be based more on his own sensationalised interpretation than on historically accurate facts.

Some authors start with a blank canvas and follow the chronology and context found in archival evidence to build a picture. They allow their readers to come to their own conclusions when presented with the facts; or they themselves are open to learning, and bring their balanced discoveries to their readers. Other authors start with a premise and then go about proving that premise. It is those who are ignorant of the facts or keen to show how brilliant they are, that lead to misrepresentations. Truth and accuracy are casualties. In a speech at Churchill College in 2007, Martin gave the background to this aspect of Churchill scholarship. He said:

“This misrepresentation has a long history. Many of its origins were in the waves that Churchill himself created as a young man, and in the political battles he fought from his earliest days in parliament. His ambition, self-confidence, energy, zeal, impatience, and determination to thrust forward – all created resentment.

“Churchill’s political adversaries, who were many, had no scruples in unleashing rumour, innuendo and falsehood in the attempts to do him down. In 1935 a knighthood was the government’s reward for a worthy politician who agreed to spread hostile rumours about Churchill. Many of the misrepresentations started as an integral part of the political battles of the past, became part of the public perception of Churchill, and remain so today. Archival research can challenge them.”

Andrew Roberts shows several key areas where the author and the archival evidence become separated. Of particular pain to many is where the author takes aim at Churchill’s relationship with Jews, Jewish people, Jewish history, and praises a book written in 1913 which makes liberal use of the antisemitic tropes which paved the way for the Holocaust. Roberts writes, “No one should be praising such a book in the 21st century”. That this book is even mentioned, and in a biography of Winston Churchill, is as “repulsive” as it describes Jews to be.

Perhaps books like these should have the disclaimer: “Any resemblance to actual events or locales or persons, living or dead, is entirely coincidental.” Either it is history based on archival evidence, or it is fiction, in this case using a name that is familiar but basing it on a life that is not.

Read More: Churchill and the Jews