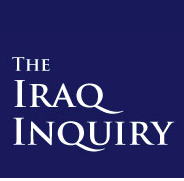 The commission, “appointed to consider the UK’s policy on Iraq from 2001 to 2009”, was given complete – and unprecedented – access to all documentation and to all personnel who had been involved in the planning, the execution and the aftermath of the British involvement in the Iraq War which began in 2003. Along with access to vast archives, the commissioners interviewed both privately and in public sessions those who’d had a role. They travelled within the UK, to Washington, and to Baghdad to interview those who had made decisions and those who had to live with the results of those decisions. 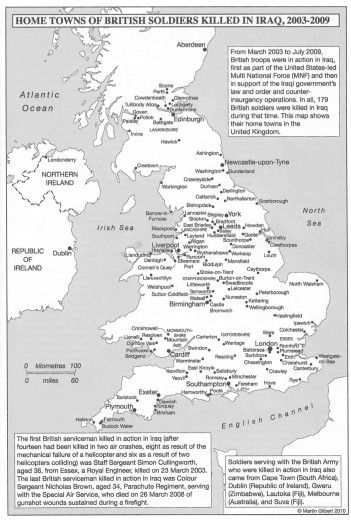 The 2003 Iraq War: the cost in British military lives

Martin felt honoured to be chosen and more than a bit concerned as to what expertise he could offer. But he understood the documents having spent his life in archives. In his own work, his historical discussions had focussed on events in the distant past; in this case the personal memories were recent and fresh. He understood how to weave the personal experiences and the documents together.

Martin claimed it was the first time in his life he’d had a regular job – though it was one that took him away from his own desk and his writing. But he applied his mind and spent many many hours at the Inquiry’s office. He was fascinated by the work and honoured to be able to lend his expertise.

Because of their open access to years’ worth of documentation, the Inquiry took longer to complete than had originally been conceived. Nearly three years after they had begun, Martin became ill and could not continue in his role. Sadly he did not live to see the end of the report which was published on 6 July 2016.

As you might expect, Martin wrote a piece on the history of the region, specifically British involvement in Iraq, to give background and context. It covers the period from 1583 to 1960. The piece was included in Volume XII along with 37 pages of acronyms he compiled.

The Iraq Inquiry was unique in the wide range of material Prime Minister Gordon Brown made available. The finished report is an important addition to British history in the 21st century.