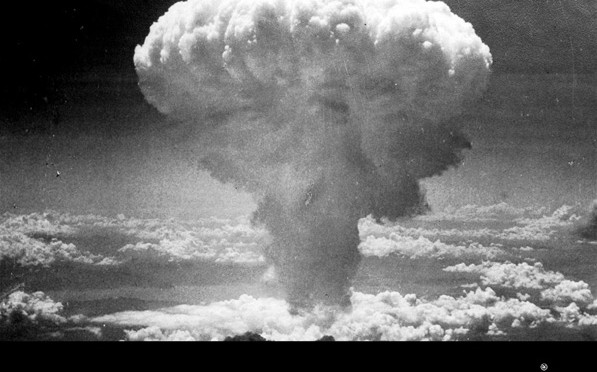 First published in The Independent : 3 September 1989

In the midst of the current commemorations of the outbreak of the Second World War, I feel uneasy. Commemorations should be a cause of pride. Yet the outbreak of war in 1939 was in many ways shameful, marking as it did the failure of British and Western diplomacy over several years to do what might have been done to deter Hitler by all means possible. At the same time, the very act of war was a shameful one – not a struggle between equals with a declaration of war, but a sudden German attack and the immediate use of the tactics of aerial bombardment and land terror against civilians to cow the Polish population into submission.

The Second World War ought never to have broken out. For six years the weakness of successive British governments had helped to convince Hitler that he could advance eastwards with impunity. With the political will to do so, this British weakness could easily have been avoided. From the very first months of Hitler coming to power however, it was self­willed and self­inflicted. First Baldwin and then Chamberlain believed that Stalin, not Hitler, was the real main enemy; that Hitler could be persuaded to turn his ambitions eastward. “If there is any fighting in Europe to be done,” Baldwin told a deputation of senior MPs in 1936, “I should like to see the Bolshies and the Nazis doing it.” That same year when Hitler remilitarised the Rhineland, it was Baldwin’s Cabinet that put pressure on France not to act.

An American attempt early in 1938 to become involved in the defence of the democracies was brushed side by Chamberlain – with contempt. When, later that year, first Austria and then the Sudetenland were absorbed by Hitler, both moves were rationalised by the British government as a mere incorporation of German­ speaking peoples into the Reich. Those who said that these were the first steps in an aggressive design were belittled as scaremongers. Those who believed that German aggression could be prevented by an alliance of all threatened states were derided as warmongers. Yet the idea of a firm alliance of the democracies and a greater pace of rearmament was intended to defer Hitler from war, not to bring war closer.

After Munich, Chamberlain saw a long­term peaceful settlement, not war in a year or so, as the outcome of his efforts. For this reason he turned down repeated calls to set up a ministry of supply, or to introduce national service. Even an air ministry proposal, after Munich, to raise British aircraft production to the German level was rejected by Downing Street on the grounds that Germany would take it as a signal that Britain had decided to sabotage the Munich agreement. In February 1939, Chamberlain was confiding hopes that “given three or four more years” of improved relations in Europe and an advance towards disarmament, he could retire “with a quiet mind”. When, a month after Chamberlain had expressed these hopes, Hitler had occupied Prague, the alarm bells that had already been ringing for some time for many millions of Britons now rang belatedly, in Downing Street. Even then, however, Chamberlain hesitated to throw the war machinery into top gear.

That autumn, last minute feelers were sent to Berlin to find out if some territorial compromise – involving the cession of territory from Poland to Germany (land that had been German before 1914) – might satisfy Hitler. Thirty­ six hours after the German invasion of Poland on 1 September 1939, there was widespread indignation in the House of Commons when Chamberlain still spoke of the possibility of a German troop withdrawal to be followed by a territorial settlement with which Britain would be willing to be “associated”. But Parliament was in no mood for such talk.

Later that evening even Chamberlain’s Cabinet colleagues raised the flag of revolt, refusing to leave No. 10 until he promised them that an ultimatum would be sent to Berlin. Lack of adequate preparation and a tardy response are hardly cause for commemoration. In due course, with Hitler the victor in Poland, Denmark and Norway, and with his armies sweeping through Holland, Belgium and France, the British people – still poorly armed as a result of pre­war neglect – found extraordinary reserves of courage and a new leadership. These, the achievements and struggles of the summer of 1940, are the true themes of national commemoration. The very nature of the war – from its first days – belies commemoration. Of the forty­six million people who perished, the majority were civilians, several million of them children, many of them victims of deliberate murder, others killed in aerial bombardment. It might be more appropriate to mourn the start of such a conflict than to commemorate it.

Commemoration lies elsewhere – in the defiance of Britain in 1940; in the battles whereby defeat was averted; in the fortitude of the merchant seamen; in the courage of the many British agents parachuted behind enemy lines; and in the hard­ fought victories whereby, in due course, tyranny was overthrown.