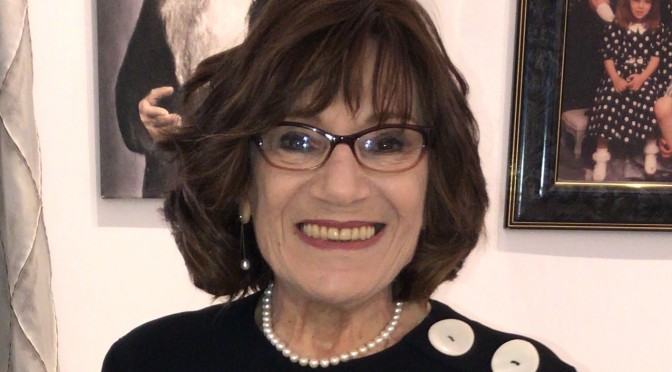 A woman of strength, who can find? Her worth is far beyond pearls.

She sees that her business goes well; her lamp does not go out at night.
She reaches out her palm to the poor, and extends her hand to the needy.

She opens her mouth with wisdom and the law of kindness is on her tongue.

She watches over the ways of her household, and never eats the bread of idleness.

Give her the reward she has earned; let her deeds praise her in the gates.

These lines are from a prayer “Eshet Chayil” sung to the woman of the household in Jewish homes on Friday nights at the beginning of the Sabbath. Translation from the Hebrew by Rabbi Lord Jonathan Sacks.

In January 2013, I found myself in the difficult position of having to find a care home for my dear husband who had been struck down by a hypoxia brain injury ten months earlier. Having been in four hospitals by that time, we were told that the doctors felt Martin would be better in a home environment. Our home was not going to be able to give him the constant care he needed. In London we are privileged to have four Jewish care homes within somewhat easy reach for me, so I went to look at them. As I weighed the plusses and minuses of the first three, I was told about another one, run by an independent charity devoted only to that care home. At the door I was met by Ettie Weissbrun, the manager. After I introduced myself and told her our situation, she said this to me: “Sir Martin has given so much to our community. If there is something we can do for him, that is what we want to do.”

During the next two years that Martin lived there, Ettie made sure that it was not only a home for Martin but also a home for me. Many times I came into her tiny office to ask for this or that. First there was a hug, then she found a seat for me. Next she ensured that I wasn’t hungry and she would find someone to bring me a plate of something. Then we would talk. She treated me as a daughter in that whatever I needed was her top priority. She didn’t always have the power to change things but she always listened and she always cared. I knew she was always there for Martin, and for me.

Though Martin and I were not as religious as the general ethos of the home, Ettie treated me with the utmost respect and tolerance, as she did with anyone who came in. She helped me in innumerable ways as she helped any who needed help, not because it was an obligation but because it was her calling. I could tell when I came in on Wednesdays, her day off, that the mood was not the same, the soul of the place just wasn’t there.

Since Martin died five years ago, I have found it difficult to go back. There were people I wanted to visit but I kept expecting to see Martin there and I couldn’t bear to be reminded. A chance mention to a friend whose husband had also been a resident there brought me the horrible news that Ettie had died. No, it was not this deadly virus but a condition that developed over a period of months, with its ups and downs, and then downs and downs.

Did I thank her? Did I tell her what her friendship had meant to me during those stressful and yet profound times? And here we are, I am not able to visit her family and her colleagues, not able to share hugs and mugs of tea. Instead we must each bear our own memories and our own grief.

This virus continues to have a devastating effect around the world. Many of us have been ill and are not even counted among the statistics. Many have died as a result of the virus or in spite of it. Whatever methods or rituals previously available to the dying and the mourning are not allowed now. We are home and gingerly venturing forward into the world again. Death is the inevitable outcome of this life. May our losses now and our joys be for the good, and our deeds praise us at the gates, as Ettie’s surely have done for her.