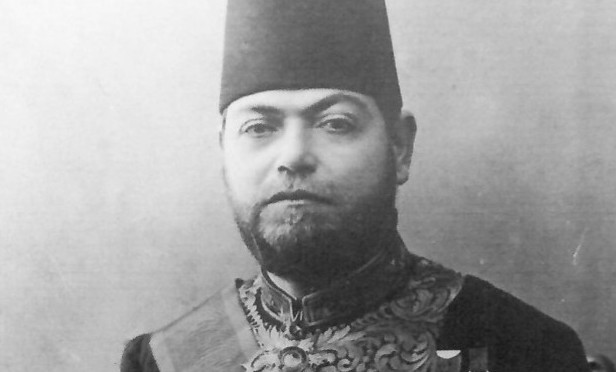 Photo: A Jewish official in the Ottoman Empire, before 1914, photo from Israel Museum

Mirna Abdulaal, writing in Egyptian Streets about “Four Myths About Israel and Palestine” quotes Martin in debunking the myth that Muslims and Jews never got along and lived in peace together. She writes, quoting Martin that “the life of Jews in some Muslim countries was never better than in the 1920s” from his book In Ishmael’s House, A History of Jews in Muslim Lands. She also notes “… prior to dismemberment of the Ottoman Empire, the population of the area of Palestine was not exclusively Muslim, and that there were Palestinian Jews ….”

In fact, as Martin’s book shows, Jews were living in a dozen Muslim countries prior to the establishment of the State of Israel. Continue Reading He writes:

In the course of 1,400 years, Jews living under Muslim rule made their mark in many ways: as converts to Islam; as privileged members of the courts and administrations of Caliphs and Sultans; as dhimmis, with all the restrictions that status entailed; and as fellow-citizens in modern, independent Muslim nations. Throughout those 1,400 years, Jews made enormous contributions to the well-being and continuity of the umma – the worldwide community of Muslims. They have had no desire to convert Muslims to Judaism, nor in any way to subvert the Muslim religion.

From the time of Mohammed until today, Jews have often found greater opportunities, respect and recognition under Islam than under Christianity. They have also been subjected to the worst excesses of hostility, hatred and persecution. It is my hope that this book will encourage a better understanding of the past, and help to make possible a future that emulates only the best aspects of the past.

Four Myths About Israel and Palestine