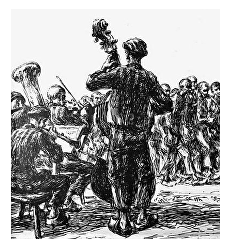 On September 12, in honour of the pre-launch of the Sir Martin Gilbert Learning Centre, Leo Geyer and Constella presented a short excerpt from their up-coming full-length Opera-Ballet. Based on the music manuscripts found in the archives in Auschwitz, the “Opera-Ballet” will combine original musical composition with voice and dance. The excerpt was preceded by a talk with Mrs Anita Lasker-Wallfisch who had been the cellist in the women’s orchestra there. Maya Jacobs-Wallfisch read an excerpt from her mother’s memoir Inherit the Truth. The event was attended by several survivors about whom Sir Martin had written, and also ten members of “The Boys” whose stories of survival and rehabilitation in England were described in Sir Martin’s book The Boys, Triumph Over Adversity.

To honour Sir Martin’s rich legacy, the Sir Martin Gilbert Learning Centre has been created along with a charity that will support programming based on Sir Martin’s work and his humanitarian approach to history and geography. Sir Martin taught true history, about telling the story as it happened, as revealed in archival evidence, by following the chronology, and with the context revealed in the voice of the eyewitness and those who experienced it, by telling the story in all its human complexity, without blame, without victimhood, but reminding us of the courage and strength of which human beings are capable.

The Sir Martin Gilbert Learning Centre will explore the place of history in society and in our consciousness, and will make history accessible – as he did – and crucial to our understanding of the world. The plan is to create a substantial engagement with historical learning on aspects of the 20th Century history that he explored: the Holocaust, Jewish and Israeli history, and also the First and Second World Wars, and the life and leadership of Winston Churchill. It will bring learning to young people, involve the older community, partner with organisations and individuals, and work with them and to augment the important work being done. To look back in order to look forward and make some sense of our world. “Watch this space” as more information will be forthcoming on this exciting endeavour to build on Sir Martin’s legacy.