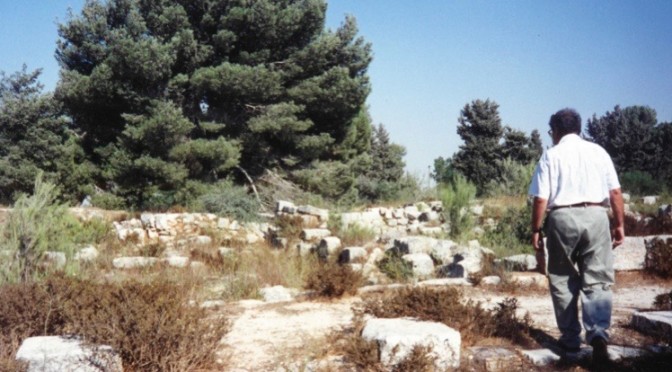 Among the stories told at Yad Vashem, the Holocaust remembrance and research centre in Israel, is that of the Righteous, those non-Jewish individuals and organizations who risked their lives to save Jews during the Holocaust. Beginning in 1962, trees were planted in honour of these rescuers, a veritable forest of remembrance on the Yad Vashem grounds. Wandering among the trees with Martin one summer afternoon, he stopped and pointed to a slight indentation in the hillside. “It is the remains of a Turkish trench, from the First World War.” History, like geography, is layers built upon layers. Land bears the scars as surely as our own lives.

Martin’s Atlas of the Arab-Israel Conflict depicts a land where “the tramp of armies” has criss-crossed it for millennia, some in transit, some claiming it as their own. The Atlas also shows the pinpoints of light when cooperation and engagement have created friendships and stability. In his tenth edition to the Atlas, Martin dedicates it “to all those, Palestinian and Israelis alike, who seek a peaceful and constructive outcome to the efforts being made on both sides, and by international mediators, to create two independent sovereign States – Israel and Palestine – living side by side, sharing a fertile land and mutual hopes of peace and prosperity for all.”

Martin used to say that three terrible wars were fought between France and Germany and now you do not need a passport to cross the border – or even know where the border is! He felt that this, too, will happen between Israel and her Arab neighbours. If there is will, there is always a way.

Photo: Sir Martin, walking in the Judaen hills near Jerusalem, 1998.