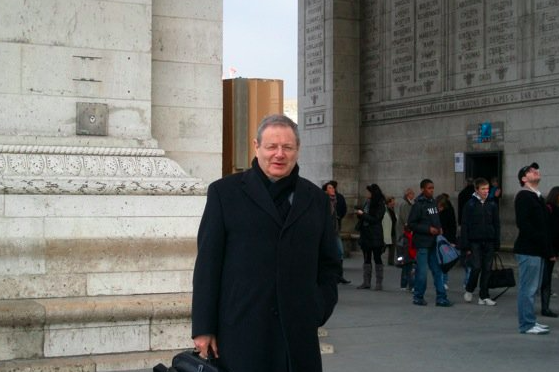 Martin and I held hands.  Wherever we went.  We were in a restaurant in Jerusalem, sitting across from each other, and he reached over to take my hands.  As we were leaving our server wanted to know how long we had been together – he said he stops holding hands after about a month or so.

That particular day we went home, it was Friday and my children were coming for dinner.  We watched an Audrey Hepburn film and then I started to get ready for the evening.  Martin went to lie down.  He said he wasn’t feeling well, and would I come with him.  I followed him into the bedroom.  He sat on the bed.  I asked him whether it was his heart – he’d had a triple by-pass surgery years before and then a mild heart attack a few years later, and three “TIAs” mini-strokes, within the previous few months.  He said:  I feel faint.  He collapsed and I called my kids to call an ambulance.

I had done a cardio-rehab programme with him and had been shown how to do CPR.  So somehow I tried that.  I tried doing mouth-to-mouth but there was no movement of air in or out of him so I went back to pumping on his chest.  The ambulance took ten minutes to get there.  It was a long, slow recuperation for the next nearly three years from the damage that lack of oxygen had on his brain.  He never got “there” but my expectation of what “alright” was came down considerably throughout those years.  They were the most profound years of my life where I lived with death and the fear of it, and love and the hope it provided, every day.  But we were together.  And we held hands.

March 30 will be ten years since that fateful Friday evening when our lives changed.  Many people stood with me through those years, family, friends, health care professionals, and Martin’s fans.  I continue to be grateful to them, and now to those of you who read these newsletters and buy his books and honour his legacy.  We are all in this world together.