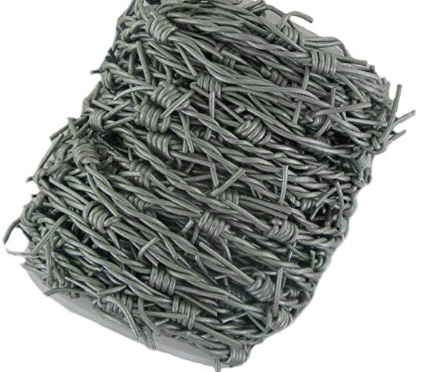 A century ago from the time I grew up there, those living in the American West experienced years of animosity that often descended into bloodshed. Having taken the land from the native Indian population, Eastern settlers experienced a new freedom: that of the wide open range. Endless square miles of land stretched out before them, land on which to graze their livestock, grow crops, build their homes and their livelihoods. But soon they found their dreams collided, with the flashpoint, often over the question of fences.

Built to keep ranch livestock in, or livestock out of farm fields, fences created a limitation on the free and open range that many settlers considered their inalienable right. Each side, whether farmer or rancher, whether those moving cattle or those raising sheep, whether those investing in the railways or those losing livestock killed on the tracks, to each side the fence proved an obstacle beyond the fact of its existence. In addition, the invention of barbed wire in 1874 made fences affordable and thus ubiquitous. But which freedom was more important? Whose freedom gained precedent?

To see those areas now it is hard to believe what happened on this soil a century and a half ago. Fences, walls, hedgerows have become part of many of our lives, wherever we live. They are there to provide a limit to our freedoms and a protection of our livelihoods, a preservation of life and limb. In order to live in society, we have laws, fences on our free will, that protect us and teach us, and ensure that every human being has the same rights as we do, no more, no less. Jewish laws stipulate that freedoms come with responsibility. Rabbinic authorities caution people even to “build a fence around the Torah”, to value the rights in such a way as to protect them further, to be aware and protected from transgressing, even before a transgression is committed.

In recent times, we are all grappling with the “inalienable rights” to freedom of speech, and in the United States, the freedom to bear arms. And yet American history in particular shows that limits on freedoms must be imposed. We forget now about the range wars settled by the 1884 Texas legislature that made fence-cutting a felony. We forget now about the dangers in the early years of the automobile. In 1907 the New York Times published an article entitled “Better Auto Laws are Now Needed”. Those laws were enacted and now we accept that the freedom granted with a driver’s licence limits the driver to both knowing and following the rules of the road.

The Internet is not unlike the open range of the Wild West, we can go wherever we like, the horse having been replaced by the mouse. (How the mighty have fallen!) The anonymity of social media can give free rein to hate-mongering and to the dissemination of lies, to the creation of “alternative facts” and to the belief that these abhorrences become accepted, shared, even going viral. Freedoms come with responsibilities. If those who communicate online have not been able to self-regulate with decency, respect and an ability not to be hurtful, then, to recall the 1907 New York Times headline editor: better laws are now needed.

American shopping centers, schools, churches and synagogues have become free shooting ranges. Even the cowboys of the American West had a code of ethics that would not have allowed the indiscriminate murder of innocents. Freedoms come with responsibilities. In the United States, those who want to hunt must take a Hunter’s Safety Education course, pass a Hunter’s Safety test and obtain a license before being allowed to shoot wildlife. Is human life any less valuable?