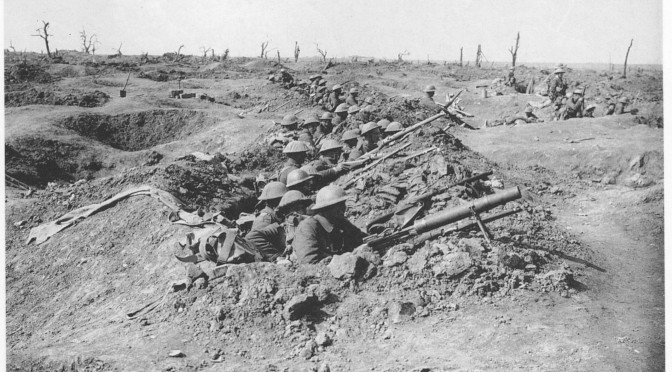 Photo:  From The Somme, The Heroism and Horror of War

In January 2020, I asked whether we would have 20:20 – perfect vision.  Then, within the span of two months the world changed.  We watched as the streets of Wuhan became empty, thinking – well, that will never happen here.  We watched as the South Koreans donned face masks and had phone apps that tracked their movements and those of people who had been infected, thinking – well, that will never happen here.  Then, in early March, within the space of three days, I went from being concerned about supply chains of goods coming from China, to putting myself in complete lockdown (days before it became mandated).  I gained comfort from the words of a Holocaust survivor who said we would be safe if we stayed home, unlike her family who had been ripped from their home and killed 78 years earlier.

I’ll go out in May, I thought.  I’ll go out in June.  July?  A haircut and some vital appointments.  But otherwise I stayed home.

In April my rabbi spoke about plans to be able to keep everyone safe and yet attend holiday services.  I thought it was for Shavuot, in May.  He was talking about the High Holidays in September.  My daily walks took me near the shops which were closed, their windows dusty.  For a time my main road, usually very busy, had only ambulances and grocery-delivery vans.  Both were in short supply.

The medical authorities explained it would get worse through the winter.  I managed to escape, to Canada, where I was able to welcome a new baby into the family.  I could visit him because I was alone, otherwise the number of people would have exceeded the limit allowed.

And then a miracle happened.  It was 2021.  A vaccine became available in many parts of the world.  Why, I was asked by a government agency, had I taken it?  Two reasons:  First, I want to live.  Second, this virus has proven that borders are artificial  A border patrol or a fence or a wall or a line on a map will not stop this from spreading.  And yet, for the first time in maybe forever, governments are talking to each other, they are working together, well, if not governments then certainly scientists, working together regardless of borders, to come up with a vaccine that will protect us, if not from catching the disease itself, then from ending life on a ventilator.  Or waiting for one.

Now we are entering 2022.  What have we learned?  We are still beset by variations on a theme of premature death and disease and destruction.  Because so many remain unvaccinated, the virus can mutate and spreads like wildfire.  We live from one day to the next not able to make long-range plans, certainly not that involve international travel.  No one has answers.  And if that didn’t keep Mother Nature happy, weather has become “extreme” and we may not be capable of reversing it before we are consumed by real wildfires or floods.  So where’s the good news?

What would Martin say?  This is always my fall-back when I am watching the news.  Martin, where are you?  What do you say?

What have I learned from him?  First of all, in understanding History, chronology is important; context is important; facts are important (and they are there, in the  documentation).  2020 was a game-changer, but 2021 saw a potential for hope.  Martin was the great optimist, so he would be hopeful.  He believed people are resourceful, and resilient.  He believed people could learn to read the messages from the past to understand where we are in the present, to make the future better.

The last year, 2021, has taught us that these problems are not going away so quickly.  But it has also taught us that when people talk together and work together, they create avenues not only of hope but of progress.  May this be the year of continued progress and cooperation.

Read More:  The History of the 20th Century