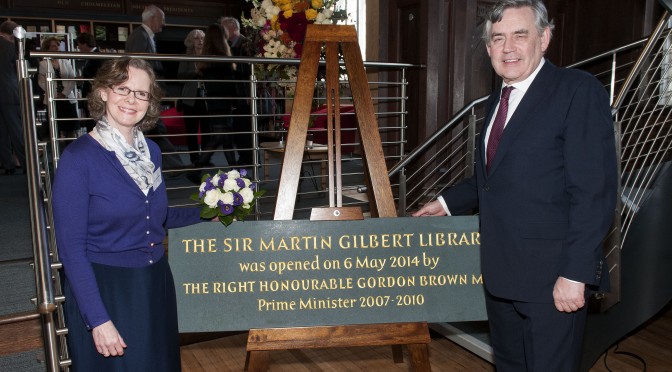 Officially opened by the former Prime Minister, the Rt Hon Gordon Brown on Tuesday 6th May 2014. Guests of honour included the Israeli Ambassador to the Court of St James, Danial Taub, Lady Gilbert and Sir Martin’s family. Gordon Brown described Sir Martin:  A genuine humanitarian, someone whose writing of history taught him we could always do better in the future if we are able to learn the lessons of history.