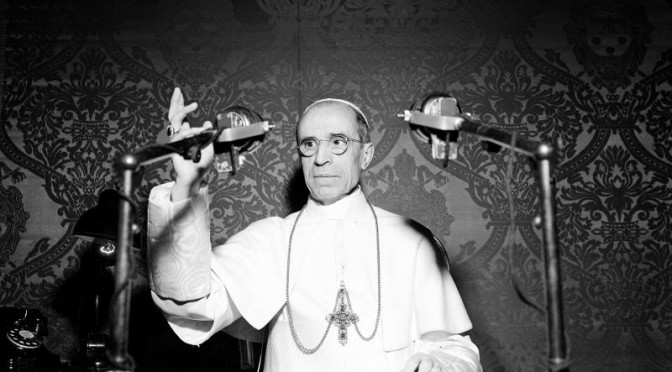 “For years Pius XII has been smeared.  The BBC retraction shows the tide is turning; Major historians such as Sir Martin Gilbert have demolished the myths first perpetrated by the Soviet Union” by William Doino, Jr, posted 14 December 2016:

When I read the BBC’s correction, I could not but help think of the impressive scholarship of men like Chadwick and Gilbert, who did so much to exonerate Pius XII, and whom I had the privilege of consulting before their respective deaths. Both of them, I am sure, would have welcomed the BBC’s about-face, especially Gilbert, whose book,The Righteous, is a comprehensive study of Christians, including Pius XII, who rescued Jews during World War II – often at great risk to themselves.In 2003, the year Gilbert’s book was published, he granted me an extensive interview in which he methodically demolished the charges against Pius XII, emphasizing two things:

“Gilbert has helped to inspire a generation of writers who have defended Pius XII with hard facts and serious research.”