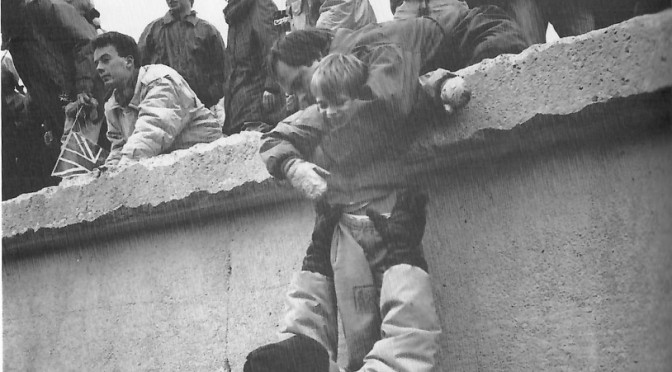 1909: Official figures released in St Petersburg in 1909 revealed that 782 political offenders had been executed in the previous year, an increase of more than a hundred from the year before that. The number in exile for political offences, mostly in Siberia, was an astonishing 180,000.

1919: General Dyer in the Punjab: Determined, in his own words, “to teach a moral lesson to the Punjab”, he ordered his Indian troops to open fire with machine-guns and rifles. In less than ten minutes, 379 Indians were killed and more than a thousand injured. What became known as the Amritsar Massacre intensified the Indian desire to see an end to British rule.

1949: On May 23 the Federal Republic of Germany – also known as West Germany – came into existence, with its capital in Bonn, on the Rhine. … The Soviet Union could do nothing to impede the emergence of democracy in West Germany. Within three weeks of the elections Stalin called off the Berlin blockade. East Germany and the Soviet sector of Berlin remained under tight Communist control.

1959: Inside the United States the determination of the Governor of Arkansas, Orval Faubus, not to allow integration despite the rulings of Federal Courts, was finally frustrated on January 10 when a District Judge ordered the School Board of Little Rock to integrate the town’s schools.

1969: Throughout the first six months of the Nixon presidency, American Moon-landing preparations gripped the public mind and held the attention of millions of television viewers. The Moon landing took place on July 20. A new era of exploration had begun.

1979: … on December 27, Soviet troops moved into Afghanistan, where there were already at least 1,500 Soviet advisers, most of them military personnel. One result of the Soviet invasion of Afghanistan was that the United States Senate refused to ratify the Strategic Arms Limitation agreement, SALT II, which Carter and Brezhnev had signed in Vienna in June.

1989: In Poland … Solidarity was legalized on April 21. A day earlier the Czechoslovak Government had agreed to multi-Party elections, the first in more than forty years. On May 2 the Hungarian Government began to dismantle the 218-mile security fence that had prevented Hungarians from crossing into Austria. On May 17, in Czechoslovakia, Vaclav Havel was released from prison, having served less than a third of his nine-month sentence. That day, in Poland, the Roman Catholic Church was given back the property confiscated from it in the 1950s. It was also given the right to re-establish Catholic schools. On June 4, elections were held in Poland for a new National Assembly. … Each change in Eastern Europe raised the spectre of Soviet intervention. But on June 12, in Bonne, the West German Chancellor Helmut Kohl and Mikhail Gorbachev signed a document “affirming” the right of European States to “determine their own political systems”.

1999: The war between NATO and Serbia ended on June 10 when Milosovic, unable to oppose Serb popular discontent at the continuing conflict, and air bombardment of Belgrade, agreed to withdraw his troops from Kosovo. In Serbia, 5,000 Serb soldiers and 2,000 Serb civilians had been killed during seventy-eight days and nights of NATO air attacks. Within twenty-four hours of entering Kosovo, British and German troops found mass graves of victims of “ethnic cleansing” at five villages. Shocking scenes of these graves were shown on television. Within a week a further fifty mass murder sites had been located. Even while the war was being fought, the International War Crimes Tribunal in The Hague had indicted Milosovic as a war criminal. Two years later a new government in Belgrade handed him over to the International Court at The Hague for trial.

Excerpts from History of the Twentieth Century

History of the Twentieth Century