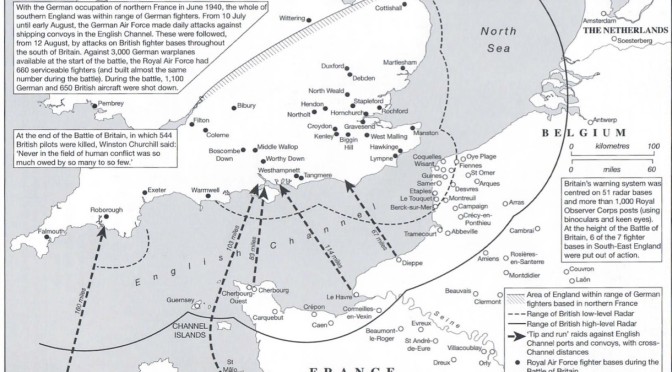 A vital part of the success of the RAF was played by Bomber Command.  Sir Martin was involved in an attempt to see those who took part in Bomber Command awarded with a campaign medal, an honour that has still sadly eluded them.  In 2008 he wrote this dedication:

My pamphlet Winston Churchill and Bombing Policy is dedicated to all who served in Bomber Command during the Second World War. My hope is that even now, more than sixty years after the end of the war, they may be granted a campaign medal: the 30,000 or so pilots and aircrew, and perhaps ten times that number of ground crew, who are still alive; together with the next of kin of those who were killed in action or have died since the war.

During the course of the war, 125,000 aircrew of Bomber Command carried out a total of 366,514 sorties, of which 297,663 were by night. During these operations, 55,573 pilots and crew were killed. The dead included 38,462 Britons, 9,980 Canadians (58% of the Canadians who flew with Bomber Command were killed), 4,050 Australians, 1,703 New Zealanders, 977 Poles, 218 Free French, 68 Americans attached to Bomber Command from the United States Army Air Force, 34 Norwegians and three Indians, as well as 1,479 ground crew. Ninety-one members of the Women’s Auxiliary Air Force (WAAF) also died while on duty with Bomber Command.

10,999 members of Bomber Command were taken prisoner of war, and 8,403 were wounded in action. As many as a thousand evaded capture after being shot down, most of them making their way back to Britain, to fly again. 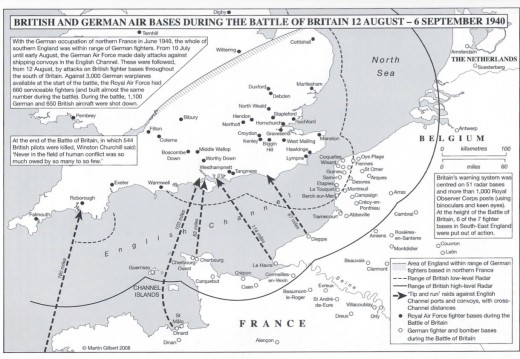 British and German Air Bases During the Battle of Britain, 12 August to 6 September 1940

From the Routledge Atlas of the Second World War

In all, Bomber Command was awarded nineteen Victoria Crosses, nine of them posthumously. Two members of the Advanced Air Striking Force also received the Victoria Cross – posthumously – for a bombing raid on 12 May 1940 on a bridge being used by the German Army to advance into Belgium: Flying Officer Donald Edward Garland, 12 Squadron RAF, aged twenty-one – the first of four brothers to be killed in the war – and his observer, Sergeant Thomas Gray, aged twenty-six.

Yesterday, 6 February 2008, I visited the graves of Garland and Gray in the Heverlee Commonwealth War Graves cemetery in Belgium, just outside Louvain. They lie side by side. Next to them is the third member of their crew, Leading Aircraftman Lawrence Royston Reynolds, aged twenty.

There is also another Victoria Cross holder in that cemetery, at whose grave I paid my respects: Flying Officer Leslie Thomas Manser, of 50 Squadron RAF, killed on 31 May 1942, on the return flight from the first mass raid on Cologne, three weeks after his twentieth birthday. He had refused a parachute in order to hold the bomber steady to enable a non-commissioned officer to jump to safety.

The Heverlee cemetery is a microcosm of the fortitude and suffering of Bomber Command. Among almost a thousand headstones are 752 British airmen, 157 Canadians, 45 Australians, 17 New Zealanders, 11 Poles, one South African and one American. The American, First Lieutenant D. West, DFC, a member of the USAAF attached to the RAF, was killed on 3 November 1943. Two of his crew members, Sergeant Henry McKernin, RAFVR and Sergeant William Frederick Neill, RAF, lie next to him. In several cases, whole crews are buried beside each other.

In Heverlee cemetery, as in so many of the Commonwealth War Graves Commission cemeteries – including one that I visited a few years ago in the Hungarian countryside outside Budapest – one can measure the sacrifice of the members of Bomber Command, and feel the common-sense need for a campaign medal.

The scale of the achievement of these brave men was expressed in 1945 by Winston Churchill, when he wrote to Sir Arthur Harris, Air Officer Commanding-in-Chief, Bomber Command from February 1942: ‘All your operations were planned with great care and skill.  They were executed in the face of desperate opposition and appalling hazards, they made a decisive contribution to Germany’s final defeat.  The conduct of the operations demonstrated the fiery gallant spirit which animated your aircrews, and the high sense of duty of all ranks under your command. I believe that the massive achievements of Bomber Command will long be remembered as an example of duty nobly done.’

After the German surrender on 7 May 1945, Churchill’s all-Party coalition government was replaced by a caretaker Conservative administration, which was defeated in the General Election that July. As a result, the distribution of honours for wartime service leadership fell to the new Labour Government headed by Clement Attlee, who had been Deputy Prime Minister for the last two years of the war – and who, as Deputy PM, was the chairman of the committee of the War Cabinet that approved the Dresden raid while Churchill was on his way to Yalta.

Clement Attlee declined to put forward Sir Arthur Harris for a peerage. Churchill protested, writing to Attlee on 6 January 1946 about Harris: ‘No C-in-C in the RAF after Lord Dowding bore so heavy a burden as he and none contributed more distinguished qualities to the discharge of his duty.  As Minister of Defence I had the opportunity and the duty of watching his work very closely and I greatly admired the manner in which he bore the altogether peculiar stresses of planning and approving these repeated, dangerous and costly raids far into the heart of the enemy’s country.  For nearly four years he bore this most painful responsibility and never lost the confidence or loyalty of Bomber Command, in spite of the fact that it endured losses equalled only, in severity, by those of our submarines in the Mediterranean.’

Unmoved by Churchill’s reasoning, Attlee would not reconsider his decision.  That year, Harris was made a Marshal of the Royal Air Force.  His 125,000 aircrew (Harris called them his ‘old lags’) still await their Bomber Command campaign medal for outstanding and undisputed bravery where the chances of surviving were about one in two. Harris also wanted recognition for the untiring twenty-four-hour service by the ground crews who kept the aircraft fit to fly in difficult and dangerous weather and operational conditions: among them the airfield drivers, mechanics and armourers. Their outstanding service might be marked by the award of a Bomber Command clasp to the Defence medal or War medal they already hold.

Whatever form Bomber Command recognition is decided, the time is surely now.