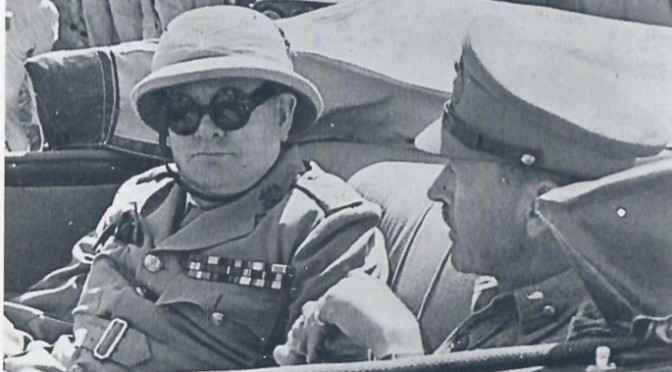 Photo: Churchill and Alexander, 24 August 1944, from In Search of Churchill

The list of Churchill’s reform measures is impressive. The Tory Democrat who became an active Liberal and then a Conservative again (at the age of fifty-six) could look with pride at the legislation he had put on the statute book. There was, however, something beyond legislation that drew me deeper in my search from its earliest days. Essentially, it was a deep well of kindness, an ability to encourage the young, and to enter sympathetically into other people’s problems. Desmond Flower, the young publisher who supervised the printing of The Second World War and A History of the English-speaking Peoples, wrote to me in 1976: “With all the stories of how impossible he could be in every way at times, not only in the heat of war, how come that I always looked forward to our next meeting and always found him so gentle with me? Particularly when we lunched alone together, which was hilarious.”

Churchill’s generous nature was recalled by many of those who knew him well. Two months after I took over from Randolph, I went to see Field Marshal Earl Alexander of Tunis at his house at Winkfield, on the edge of Windsor Great Park. As a former private soldier, this was a somewhat nerve-wracking prospect for me. But Alexander quickly put me at my ease. Among the stories he told me was one about a Cabinet meeting in 1952, when Alexander was Minister of Defence. During the meeting Churchill began to run down the army and Alexander, whereupon Alexander burst out: “That’s all nonsense. You don’t know anything about the army.”

Alexander told me: “I was very outspoken. Winston just grunted. When I had finished my outburst, I thought, ‘That’s done it. I’ve overstepped the mark.’ That same night we were to dine together at a mutual friend’s house. I was rather anxious. Winston came up to me and I began to apologize. Then a smile came over his face. ‘Dear boy,’ he said, ‘you said what you felt had to be said.’ And we sat down to dinner. He bore no malice.

There was another indicator to Churchill’s kindness in a letter he received in 1937 from the widow of a political opponent, Philip Snowden, a Labour Chancellor of the Exchequer and a formidable, and at times acerbic opponent. After Snowden’s death, Lady Snowden, herself an active socialist (and a leading member of the temperance movement) wrote to Churchill: “Your generosity to a political opponent marks you for ever in my eyes the ‘great gentleman’ I have always thought you. Had I been in trouble which I could not control myself, there is none to whom I should have felt I could come with more confidence that I should be gently treated.”

There are rather few of whom this can be said, even outside the political fray. It marks a quality which, by its very nature, would remain little known beyond those who were its beneficiaries. In all the avenues of my search, finding this characteristic seemed to me the most rewarding.

An excerpt from In Search of Churchill

Read more: In Search of Churchill