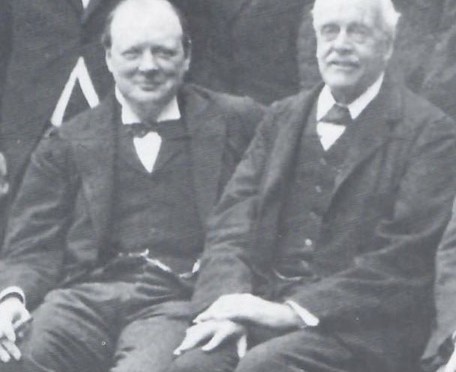 The keynote speaker at the Churchill Fellows Weekend will be His Excellency Ron Dermer, the Israeli Ambassador to the United States who will be delivering the Enid and R. Crosby Kemper Lecture on “Churchill and Israel”.

On 26 October 1951 Churchill became Prime Minister for the second time. He was a month short of his 77th birthday. One of the first letters he wrote was to [Israeli President Chaim] Weizmann, who had congratulated him on his return to power. “Thank you so much for your letter and good wishes,” Churchill wrote. “The wonderful exertions which Israel is making in these times of difficulty are cheering to an old Zionist like me. I trust you may work in with Jordan and the rest of the Moslem world. With true comradeship there will be enough for all. Every good wish my old friend.”

On 17 January 1952, while on an official visit to Washington, Churchill addressed a joint session of Congress. “From the days of the Balfour Declaration,” he said, “I have desired that the Jews should have a National Home, and I have worked for that end. I rejoice to pay my tribute here to the achievements of those who have founded the Israelite State, who have defended themselves with tenacity, and who offer asylum to great numbers of Jewish refugees. I hope that with their aid they may convert deserts into gardens; but if they are to enjoy peace and prosperity they must strive to renew and preserve their friendly relations with the Arab world, without which wide-spread misery might follow for all.”

Churchill and the Jews

Churchill and the Jews