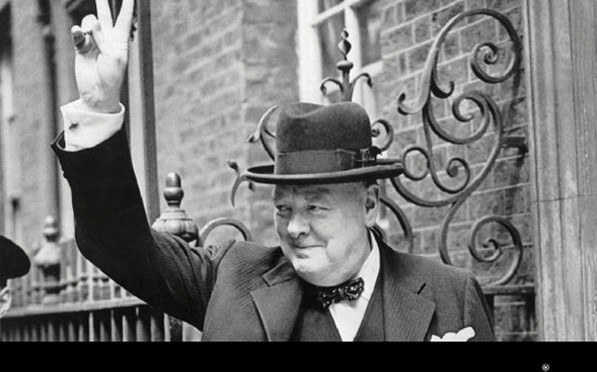 Churchill for today, Teaching the Next Generation: Finest Hour 73, Winter 1991-92.

“Why study Churchill?” I am often asked. “Surely he has nothing to say to us today?” Yet in my own work, as I open file after file of Churchill’s archive, from his entry into Government in 1905 to his retirement in 1955 (a fifty year span!), I am continually surprised by the truth of his assertions, the modernity of his thought, the originality of his mind, the constructiveness of his proposals, his humanity, and, most remarkable of all, his foresight.

When, in 1919, Churchill called Lenin the embodiment of evil, many people thought it was a typical Churchillian exaggeration. “How unfair,” they exclaimed, “how unworthy of a statesman.” Last week in Kiev, I watched the scaffolding go up around Lenin’s statue. The hero of seventy years of Communist rule was about to be taken down, his life’s work denounced as evil by the very people who had been its sponsors, and its victims, for seventy years.

They knew that Churchill had been right from the very outset: Lenin was evil, and his system had been a cruel denial of individual liberty.

From the first days of Communist rule in Russia, Churchill did not doubt for a moment that the Communist system would be a blight on free enterprise and a terrible restraint on all personal freedoms. Yet when he warned the American people in 1946, at Westminster College, Fulton, Missouri, that an Iron Curtain had descended across Europe, cutting off nine former independent States from freedom, he was denounced as a mischief-maker.

Nevertheless, Churchill was always an optimist with regard to human affairs. One of his favourite phrases, a Boer saying that he had heard in South Africa in 1899, was: “All will come right.” Throughout his life he had faith in the power of all peoples to control and improve their own destiny, without the interference of outside forces.

This faith was expressed most far-sightedly in 1949, at the height of the Cold War, when Communist regimes were battening down the people of many capital cities, among them Warsaw, Prague, Vilnius, Riga, Budapest, Sofia, and East Berlin. At that time of maximum repression, at the height of the Stalin era, these were Churchill’s words, in Boston: “The machinery of propaganda may pack their minds with falsehood and deny them truth for many generations of time, but the soul of man thus held in trance, or frozen in a long night, can be awakened by a spark coming from God knows where, and in a moment the whole structure of lies and oppression is on trial for its life.”

Churchill went on to tell his audience: “Captive peoples need never despair.” Today the captive peoples of Eastern Europe are indeed emerging from their long night. The Berlin Wall has been torn down. Tyrants have been swept aside. The once-dominant Communist Party is now an illegal organisation throughout what used to be the Soviet Union.

Churchill’s foresight covered every aspect of our lives, both at home and abroad. He was convinced that man could destroy all the evils that raged around him, whether it was the evil of poverty or the evil of mutual destruction. “What vile and utter folly and barbarism it all is”—such was his verdict on war.

Once a war had been thrust on any nation, Churchill was a leading advocate of fighting it until it was won, until the danger of subjugation and tyranny had been brought to an end. He was equally certain that, by foresight and wisdom, all wars could be averted: provided the threatened states banded together and built up their collective strength. This is what the Western world failed to do in the Chamberlain era: Churchill always regarded the Second World War as the “unnecessary war” that could have been averted by a united stand of those endangered by Hitler. Forty years later, in the Reagan-Thatcher era, Churchill’s precept was followed. The result is that under their successors the prospects for a peaceful world are much enhanced.

Churchill also believed in what he called (in 1919) “the harmonious disposition of the world among its peoples.” This recognition of the rights of nationalities and minorities is something that, even now, the West is addressing. One of Churchill’s hopes (in 1921) was for a Kurdish National Home, “to protect the Kurds from any future bully in Baghdad.” Perhaps that is the next of his visions that will come to pass.

In every sphere of human endeavour, Churchill foresaw the dangers and potential for evil. Many of those dangers are our dangers today. He also pointed the way forward to our solutions for tomorrow. That is one reason why his life is worthy of our attention.

Some writers portray him as a figure of the past, an anachronism, a grotesque. In doing so, it is they who are the losers, for he was a man of quality: a good guide for our troubled decade and for the generations now reaching adulthood.