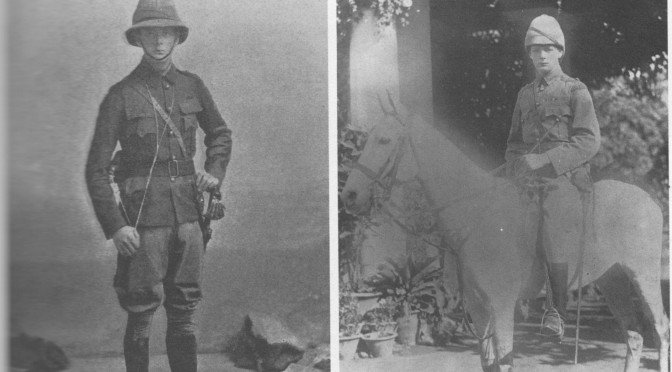 Photo: Churchill in the 1890s, from Churchill, A Life

When asked what aspects of Churchill’s life needed more study, Martin would answer – Churchill’s humanitarian and domestic policies.  So on this, the 7th anniversary of Martin’s death, here is some of what he wrote in that vein:

Areas of Churchill’s humanity emerge repeatedly in his story.  As Home Secretary he did his utmost to urge clemency in capital murder cases, and drastically reduced solitary confinement in Britain’s prisons.  He also improved conditions for prisoners.  Recalling his own time as a prisoner in South Africa, he told a friend, about the prisoners who had become his responsibility:  “They must have food for thought – plenty of books – that’s what I missed most – except of course the chance of breaking bounds and getting out of the damned place – and I suppose I mustn’t give them that!”  As a result of Churchill’s efforts, libraries made their first appearance in Britain’s prisons.

When Churchill entered the Home Office in 1910, more than five thousand young men between the ages of sixteen and twenty-one were imprisoned each year. He acted at once to change this.  Under his new rules, no young person could be sent to prison “unless he is incorrigible or has committed a serious offence”. The result was to reduce the youth prison population from more than 12,000 to fewer than 4,000.

Churchill also abolished automatic imprisonment for non-payment of fines, introducing in its place the principle of “time to pay”.  More than 60,000 people were thereby spared the indignity of four- and five-day prison sentences.  He was also vigilant in preventing what he saw as excessive sentences.  He opposed sentences of more than ten years’ penal servitude for single offences “unaccompanied by danger to life”.

When he was told of a recent ten-year prison sentence for sodomy, Churchill wrote to his officials:  “The prisoner has already received two frightful sentences of seven years’ penal servitude, one for stealing lime juice and one for stealing apples.  It is not impossible that he has contracted his unnatural habits in prison.”  The sentence was reduced.

In an address to the Sudanese Assembly in Khartoum, South Africa’s President, Thabo Mbeki, recently accused Churchill of racism, with specific reference to Sudan and South Africa.  According to a newspaper report, Mbeki “singled out Churchill as a progenitor of vicious prejudice who justified British atrocities by depicting the continent’s inhabitants as inferior races who needed to be subdued”.

In both South Africa and the Sudan, the two countries specifically mentioned by Mbeki, Churchill in fact stood out against the mood of his time in opposing racist behaviour by his fellow-Britons.  In 1898, much to the anger of Lord Kitchener, the Commander-in-Chief of the British forces, Churchill, a mere lieutenant during the fighting, was an outspoken public critic of the destruction of the Mahdi’s tomb after the Battle of Omdurman, and of the digging up of the Mahdi’s body and its public decapitation.

“The stern and unpitying spirit of the commander”, Churchill wrote in a book published within the year, “was communicated to his troops, and the victories which marked the progress of the River War were accompanied by acts of barbarity not always justified by the harsh customs of savage conflicts or the fierce and treacherous nature of the Dervish.”

As for the treatment of the Mahdi’s corpse, Churchill wrote, “if the people of the Sudan still venerated the memory of the Mahdi – and more than 50,000 had fought hard only a week before to assert their respect and belief – then I shall not hesitate to declare that to destroy what was sacred and holy to them was a wicked act, of which the true Christian, no less than the philosopher, must express his abhorrence.”  These were the courageous words of a twenty-three year old who refused to follow current fashion.

Ten years later, in his first government post, as Under-Secretary for the Colonies, Churchill opposed the harsh treatment of the Zulu rebels.  Documents in the British government’s National Archives reveal Churchill’s protest, made in writing to the Cabinet Minister responsible, against the “disgusting butchery”. Reprisals carried out that same year against rebels in Nigeria were, Churchill insisted, “odious and disquieting”.

While Churchill was Under Secretary at the Colonial Office, the Governor of Ceylon (now Sri Lanka) pleaded “inconvenience” for having refused to deal with a case of unfair dismissal.  Churchill was indignant, warning his Cabinet superior of the need to uphold “the rights of individuals to just & lawful treatment” as against the “petty pride” of a Colonial governor.  He was concerned, Churchill wrote, by “the tone & temper which high officers of the Ceylon Government observe towards the amiable, civilized & cultivated people over whom they are set to govern”.

After the First World War, a British general ordered his men to open fire on a crowd of unarmed Indian demonstrators in the city of Amritsar, and 379 were killed.  Churchill, then Secretary of State for War, rejected strong parliamentary pressure to find the general other employment after his dismissal for this attack.  He also denounced the shootings in the strongest terms.  The Amritsar killing, he insisted, was “a monstrous event”.

“Our reign in India or anywhere else,” Churchill told the House of Commons, “has never stood on the basis of physical force alone, and it would be fatal to the British Empire if we were to try to base ourselves only upon it.”

One of the causes of Churchill’s breach with the Conservative Party before the First World War (when he crossed the floor of the House to join the Liberal opposition) was the enthusiasm in Conservative circles for the shooting down of six hundred unarmed Tibetans at the village of Guru, when they tried to block the road during a British military advance into Tibet.

“Surely it is wicked to do such things,” Churchill wrote to his closest Conservative friend.  And he added: “Absolute contempt for the rights of others must be wrong. Are there any people in the world so mean-spirited as not to resist under the circumstances to which these poor Tibetans have been subjected.”  That the defeat of the Tibetans should be greeted “with a howl of ferocious triumph” must, Churchill wrote, “be an evil portent”.

These were not the sentiments of a racist, but rather of a humanitarian.