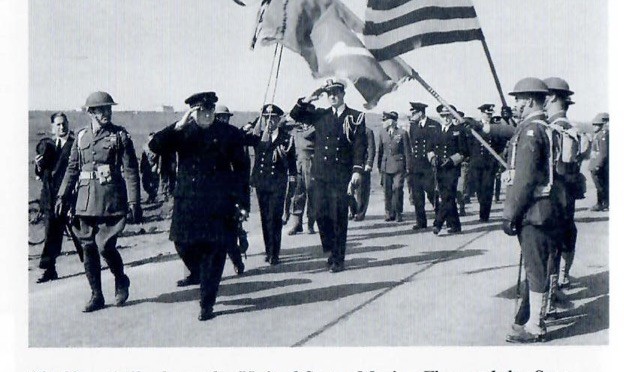 On Armistice Day, November 11, 1918, Winston Churchill was Minister of Munitions. As Big Ben struck 11, and the guns fell silent on the Western Front, he was looking out of his ministerial window over Northumberland Avenue.

The broad street was deserted. Suddenly, as he wrote, he saw “the slight figure of a girl clerk, distractedly gesticulating” dart out of the doorway of one of the government buildings that lined the street. “Then from all sides men and women came scurrying into the street. Streams of people poured out of the buildings. The bells of London began to clash.”

As he watched the scene of celebration and pandemonium, Churchill reflected that after 52 months “of making burdens grievous to be borne and binding them on men’s backs, at last, all at once, suddenly and everywhere the burdens were cast down”.

As Minister of Munitions, in charge of vast factories, Churchill had been forced to impose his share of those burdens on the British people: a massive munitions production that drew in a vast labour force of women.

He had ordered the manufacture of many of those munitions for use by the United States, hoping, not only to enable America to make an effective contribution to victory, but to reduce Britain’s vast indebtedness to the United States for the war materials that Britain had purchased.

Churchill was certain that without full American participation, Britain and France would not be able to defeat Germany. He had watched as America remained neutral and the Allied powers bled on the battlefield.

He was resentful that America had not declared war in 1915, when the harsh German occupation of neutral Belgium and the German economic exploitation of northern France were well known, but before the intensification of the slaughter on the Western Front.

Churchill was convinced that had the Americans entered the war in 1915, Germany could have been defeated by the arrival on the battlefield of fresh American armies, and the bloodbaths on the Somme and at Passchendaele avoided.

Bitterly, he later wrote that had America entered the conflict on the Allied side in 1915, “what abridgement of the slaughter; what sparing of the agony; what ruin, what catastrophes would have been prevented; in how many millions of homes would an empty chair be occupied today; how different would be the shattered world in which victors and vanquished alike are condemned to live!”

In 1919, Churchill was awarded the American Distinguished Service Medal for providing the American armies with essential weapons of war. A year later, as Secretary of State for War, he was at the unveiling of the Cenotaph in Whitehall, and the dedication of the tomb of the Unknown Soldier in Westminster Abbey.

Finance was always a bone of contention between Britain and America. Churchill fought in vain in 1926, as Chancellor of the Exchequer, to get a fair repayment scheme for Britain’s substantial First World War debt. Twenty years later, when Leader of the Opposition, he supported the Labour Government’s fight for a fair repayment scheme for Britain’s equally large Second World War debt.

Churchill never saw the end of our war indebtedness; but at midnight this December 31, the British taxpayer may raise a glass when, finally, our debts for both wars will be paid off in full. Churchill fought in vain to reduce those debts. But he never let that struggle divert him from his search for Anglo-American harmony.

In 1921 he was elected President of the English-speaking Union. After giving the presidential address, he wrote to his wife Clementine: “It was uphill work to make an enthusiastic speech about the United States… when they are wringing the last penny out of their unfortunate ally.

All the same, there is only one road for us to tread, and that is to keep as friendly with them as possible, to be overwhelmingly patient, and to wait for the growth of better feelings which will certainly come…”

Another blow to Churchill’s faith in American goodwill came in the immediate aftermath of the First World War. Then, the United States Senate had voted down President Woodrow Wilson’s vision of a League of Nations that would create a collective security system to prevent the aggression of any rogue nation.

Churchill feared that if America did not participate in building up a system of effective deterrence, Germany and France would draw Europe into another bloodbath.

In 1937, as war clouds loomed, Churchill wrote to an American friend: “How you must regret, how we all regret, that Wilson’s dream was not carried through, for I have no doubt it would have made the difference between a safe, happy and prosperous world and the present hideous panorama.”

Churchill never allowed vexation with America to turn into permanent hostility. During the Second World War he confined his fears and anger to his inner circle. “The Americans are very good at applauding the deeds of others,” he commented, as America remained neutral, and even held back on some of Britain’s urgent requests.

When President Roosevelt sent a warship to collect British gold reserves from South Africa, as payment for arms purchases, Churchill was deeply perturbed. “It is not right,” he wrote to the president, “for any nation to put itself in the power of another nation.” Prudently, he never sent this letter.

In only his third parliamentary speech, when he was 25 years old, Churchill told the House of Commons: “Evil would be the counsellors, dark would be the day, when we embarked upon that most foolish, futile and fatal of all wars, a war with the United States.” Fifty-four years later, in his last Cabinet meeting before his retirement in 1955, he advised his colleagues: “Never be separated from the Americans.”

Despite numerous, often sharp disagreements in the First World War, between the wars, and in the Second World War, this advice was his abiding belief. He was convinced that close Anglo-American relations were essential, if democratic values were to be sustained, and world peace preserved. As he declared during the Second World War: “If we are together, nothing is impossible.”

Originally published in The Telegraph, 6 November 2005