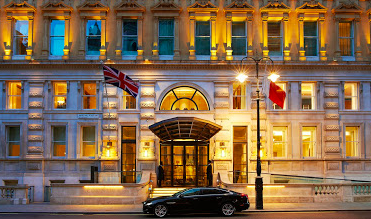 Photo: The revamped Metropole Hotel, which had been requisitioned during both the First and Second World Wars as the Metropole Building, redone in 2007 as the Corinthia Hotel, Northumberland Avenue, London

Note: While preparing a “Churchill-lite” tour of London for a former Hillsdale Churchill Fellow, Lillian Quinones, I found this address, and used it to find Churchill-related London addresses. Plus a lovely description by Churchill of the ending of the First World War: 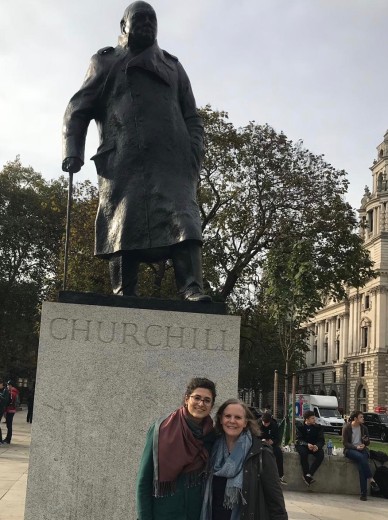 An address to the International Churchill Society

Well, Churchill survived his time in the trenches, and was left with an enormous understanding of what soldiers went through; understanding which was substantially to affect his conduct of the Second World War, and his deep reluctance to throw men ashore in hopeless enterprises. It caused him to become a fierce critic of the policy of attrition which was to culminate in the Battle of Passchendaele, in 1917. It led Lloyd George, the wily, remarkable Prime Minister, to bring Churchill back into the Government, to use his energies to fight the Germans rather than to fight the Government: and to benefit from his caution and his mature view of events (he was then 43) as much as from his more publicly seen pugnacity.

So Churchill became Minister of Munitions, and worked in a requisitioned hotel, the Metropole. Today it is the Metropole Building, part of the Ministry of Defence. You can see it, a lovely structure really, of its type, in Northumberland Avenue. Look from the street and you will see the Minister’s room, rather an attractive window.

There Churchill was when the war ended on the 11th hour of the 11th day of the 11th month of 1918, sitting in that window. Let me read from his description of looking out of that window; you can bear these words in mind, or better still read them aloud on the pavement, when you look up at his window from Northumberland Avenue:

“Suddenly the first stroke of the chime. I looked at the broad street beneath me. It was deserted. From the portals of one of the large hotels absorbed by Government Departments darted the slight figure of a girl clerk, distractedly gesticulating while another stroke of Big Ben resounded. Then from all sides men and women came scurrying into the street. Streams of people poured out of all the buildings. Northumberland Avenue was now crowded with people in hundreds, nay thousands, rushing hither and thither in a frantic manner, shouting and screaming with joy. I could see that Trafalgar Square was already swarming. Around me in our very headquarters, in the Hotel Metropole, disorder had broken, out. Doors banged. Feet clattered down corridors. Everyone rose from the desk and cast aside pen and paper. All bounds were broken. The tumult grew. It grew like a gale, but from all sides simultaneously. The street was now a seething mass of humanity. Flags appeared as if by magic. Streams of men and women flowed from the Embankment. They mingled with torrents pouring down the Strand on their way to acclaim the King. Almost before the last stroke of the clock had died away, the strict, war-straitened, regulated streets of London had become a triumphant pandemonium.”

I often think that one should, when looking at Churchill’s London, try and look at the places where he was at important moments in history. Look not only at the famous houses and locations, but the actual places where he found himself on those particular moments, such as that window in the Metropole building. There are several other such locations.