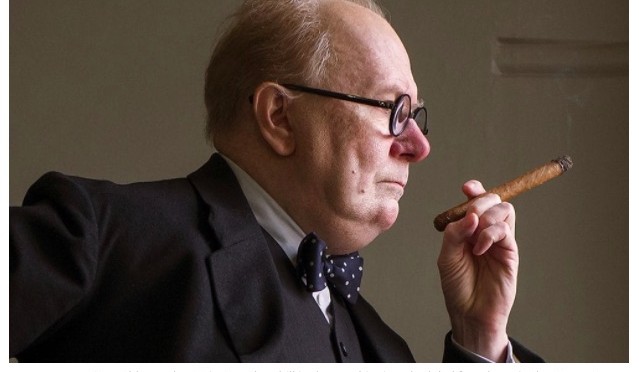 The film Darkest Hour depicts a scene in a London Tube Station.  In Sir Martin’s piece Churchill in 1940, High Points and Low Points, he describes a similar “vote of confidence”:

… on the afternoon of 26 May 1940, at a meeting of the War Cabinet in Churchill’s room in the House of Commons, when the Foreign Secretary, Lord Halifax, suggested that, with regard to an Italian offer to mediate between Britain and Germany: “We might get better terms before France went out of the war and our aircraft factories were bombed, than we might get in three months time.” The former Prime Minister, Neville Chamberlain added, as the minutes of the meeting recorded, “that, while we would fight to the end to preserve our independence, we were ready to consider decent terms if such were offered to us.” Churchill believed that this willingness to consider ‘decent terms’ was a misreading of the public mood, but he could not know for certain. At this point in the discussion, however, he had to ask for a break in the War Cabinet meeting – which had already lasted two hours – to meet, for the first time since he had formed his Government sixteen days earlier, the twenty-five members of his administration who were not in the War Cabinet.

That meeting had been arranged several days earlier. No sooner had these twenty-five Ministers come into his room – the War Cabinet having left – than Churchill told them that although Hitler would probably “take Paris and offer terms” he, Churchill, had no doubt whatever “that we must decline anything like this and fight on.” To Churchill’s astonishment, as he spoke the words ‘fight on’ there was a sudden outpouring of support from the twenty-five Ministers assembled there – in the very room where the discussion about a negotiated peace had just taken place. Churchill was overwhelmed by this spontaneous determination for continuing the fight. It gave him added strength half an hour later, at the reconvened War Cabinet meeting, when he told Halifax and Chamberlain that he “did not remember having ever before heard a gathering of persons occupying high places in political life express themselves so emphatically.” All talk of peacemaking was dropped. The high point had come within an hour and a half of the low point