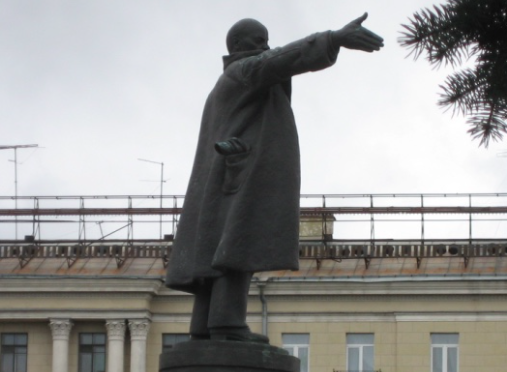 On August 5, in a moment of much needed relaxation, Gorbachev flew to the Crimea (to the very Simferopol in which the Crimean Tartars had demanded sovereignty less than two months earlier) and was driven across the magnificent mountain range to a villa at Foros on the Black Sea.  He intended to spend two weeks there before returning to Moscow to sign the All-Union Treaty.  But on the last day of his holiday, leading hard-line Communists, led by Gennadi Yanaev, who were intent on returning the Soviet Union to Communist rule and restoring the territorial and ideological unity of the Soviet Union, held him incommunicado in his villa and attempted to seize power in Moscow.

The leaders of the anti-Gorbachev coup were emphatic that the All-Union Treaty he had been about to sign constituted a “threat of disintegration, a break-up of a single economic space and single defence and single foreign policy”.  This was true; but there was no longer any popular desire for the unity of the Soviet Union or for the perpetuation of Communist rule.  It was almost seventy-four years since Lenin and Trotsky had seized power in Moscow.  Against them had been the crumbling will and disintegrating resources of a discredited government and war-weary people.  In 1991 the forces of change and reform which Gorbachev himself had unleashed, and by which he had then been left behind, were determined not to lose what had been gained.

From its first hours, the coup was opposed by Boris Yeltsin and those in Moscow who, as a result of their new-found status, wished to retain, even through bloodshed, the enormous degree of territorial and political independence secured in the previous months.  Not only did Yeltsin physically impose his authority in Moscow, but he managed, by a series of telephone calls, to secure the support of Western European leaders.  …

In a desperate measure to reverse the tide of independence the leaders of the coup ordered Soviet naval vessels to blockade the Estonian capital of Tallinn, and Soviet troops to move against the Latvian parliament building in Riga.  But Yeltsin and those loyal to him continued to struggle in Moscow against the forces of Communist restoration.  …

Elsewhere in the Soviet Union massive demonstrations took place in denunciation of the coup.  On August 20, in Kishinev, the capital of the Soviet Socialist Republic of Moldavia, 400,000 people marched.  In Leningrad, part of Yeltsin’s Russian Federation, 200,000 took to the streets to denounce the coup.  That same day Estonia formally declared its independence:  this was specifically recognised by Yeltsin four days later.

For three days those who wanted to see the restoration of Communism and the preservation of the Soviet Union continue to struggle and to fight.  On August 21 Soviet “black beret” police were in action in the Lithuanian capital, Vilnius, and one Lithuanian was killed.  That day in Moscow, having for three days defied the attempted coup, several hundred thousand of Yeltsin’s supporters established a civilian barricade round the parliament building from which Yeltsin and his government continued to direct their resistance.  As tanks failed to break through the barricade in the fighting, three civilians were killed ….

The attempted coup was defeated.  During August 21 Gorbachev returned to Moscow, where, in an address to the Russian Federation parliament, he praised Yeltsin for having done so much to bring the coup to an end.  But Gorbachev’s authority was gone.  He had to watch helplessly as Latvia declared its independence and Lithuania reaffirmed its early separation from the Soviet Union.  On the following day, August 22, a triumphant Yeltsin, ruler of a non-Communist Russian Republic, ordered the Hammer and Sickle flag to be replaced with the pre-revolutionary White, Blue and Red.

For Sir Martin’s experiences in Ukraine in September 1991:  https://www.martingilbert.com/sir-martins-travels/ Scroll to Ukraine 1991