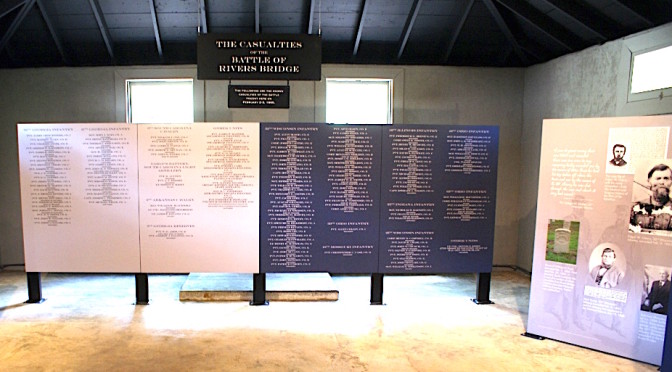 In 1962 Sir Martin spent the summer driving through the United States, returning in 1965 as a visiting scholar at the University of South Carolina. It was during these early visits that he developed a love for American history and geography in all their aspects. His Routledge Atlas of American History is just one result. In 1981 he was invited to give a series of lectures in the United States, and in 1982 he began regular lecturing throughout the United States and Canada organised by a lecture agent, Ruth Wheat, an arrangement that continued for twenty-five years.

Sir Martin’s work has been used in many educational and memorial settings, most recently to help commemorate the Battle of Rivers Bridge, an American Civil War battlefield, interestingly, also in South Carolina. During his early travels in the United States, Sir Martin visited many of the battlefields of the Civil War, though I do not know if he was in Rivers Bridge. But now, due to the designers of their Civil War memorial, Sir Martin’s words are there. 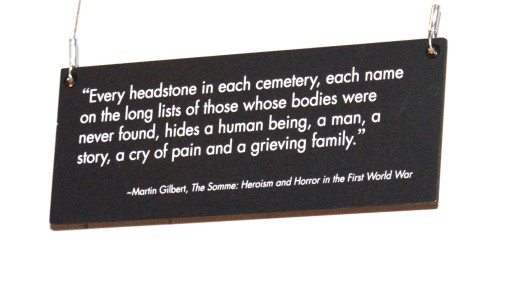 It was exactly one year ago that I received an email from Daniel J. Bell, the Historic Resource Coordinator for the South Carolina State Park Service, for Sir Martin, requesting permission to use a quote from Sir Martin’s book The Somme, Heroism and Horror in the First World War. This is what Dan Bell wrote:

“Rivers Bridge is the site of a small battle fought near the end of the American Civil War.  We’ve identified nearly all the casualties from both North and South, allowing us to tell the story of the battle on a very personal level.  In our exhibit we hope to show the human cost of the battle, and by extension of the entire war, on an individual scale.  If we are allowed to use it, your passage will be mounted above panels bearing the names of more than 150 known Union and Confederate soldiers killed, wounded, captured, or missing in the battle.  Your sentence expresses very succinctly what we hope to convey, and it puts the casualties of Rivers Bridge in the broader context of casualties from all wars.”

Just last month, I heard from Dan Bell who described to me the memorial, now completed:

“The exhibit is a permanent installation at Rivers Bridge State Historic Site, a property of the South Carolina State Park Service located near Ehrhardt, South Carolina.  The exhibit is housed in a small historic structure built during the Great Depression with the assistance of a Federal relief agency. 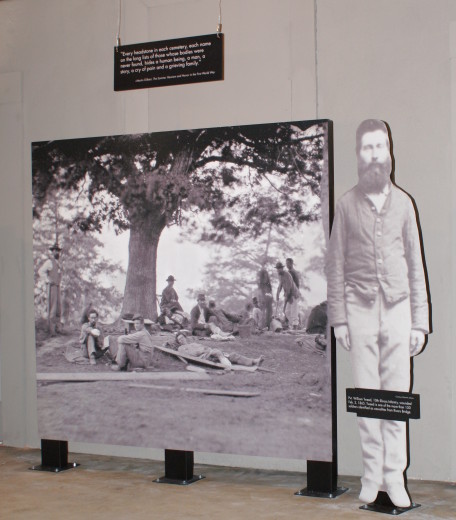 “As visitors enter the building, they pass panels with quotes and images that detail the experiences of some the battle’s casualties from both the North and the South.  These panels lead to the back wall of the exhibit, where the names of all the known casualties from both sides are listed.  On leaving the building, visitors pass by a photo mural of Civil War casualties and a life-size photo of one of the casualties from Rivers Bridge.  Sir Martin’s quote hangs above this final part of the exhibit.  We had originally planned to position the quote above the panels with the casualties’ names, but our regional manager suggested putting at the end of the exhibit instead.  I think it’s much more powerful there, where it functions as a sort of benediction.”

In your travels through the American Civil War battlefields, or your visits to the Palmetto State of South Carolina, you will now have an opportunity to see how one community honoured their sons and those who lost their lives in that bloody conflict, and how Sir Martin’s sentiments on the impact and cost of war has found a place there.