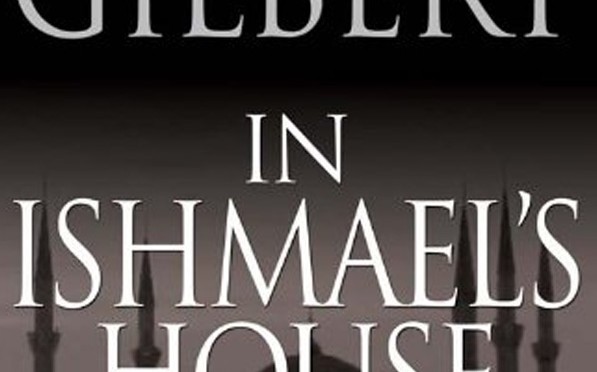 “This book is dedicated to the 13 million Jews and the 1,300 million Muslims in the world in the hope that they may renew in the Twenty-First Century the mutual tolerance, respect and partnership that marked many periods in their history”

The conquests of Islam made Jews subjects of Arab and Muslim rulers in a wide swathe of land, stretching from the Atlantic coast of Morocco to the Hindu Kush mountains of Afghanistan. Being non-Muslims, these Jews held the inferior status of dhimmi, which, despite giving them protection to worship according to their own faith, subjected them to many vexatious and humiliating restrictions in their daily lives. The same conditions were imposed on all Christians under Muslim rule, and when Islam’s conquests reached the Indian subcontinent, Hindus too were forced to accept dhimmi status.

… This book tells the story of the Jews who lived at different times in fourteen Muslim-ruled countries. Those countries are Afghanistan, Algeria, the Bukharan Khanate in Central Asia (now Uzbekistan), Egypt, Iraq (formerly Babylonia and then Mesopotamia and including Kurdistan), Iran (formerly Persia), Lebanon, Libya (Tripolitania and Cyrenaica), Morocco, Ottoman Turkey, Palestine (when under Muslim rule), Syria, Tunisia and Yemen, including Aden.

Three aspects of the story are interwoven, and I have given them equal weight. The first is the historical narrative, with its chronological sweep and wide range of countries, cities, and personalities. The second is the documentary evidence as preserved over the centuries: the archival record of governments and institutions. The third is the human voice of those individuals whose stories make up the narrative: the actual words of participants and eyewitnesses, as preserved in letters, poems, memoirs and oral testimony. History is the collective story of myriad individuals.

With its successes and achievements, its moments of pain and persecution, the 1,400-year story of Jews living under the rule of Islam is an integral part of the history of every Arab and Muslim nations concerned. It is also a part of the wider Jewish historical narrative, and of Jewish heritage. It is a story of communities and individuals often under stress and facing difficult restrictions. It is the story of the Jewish contribution to the welfare and well-being of Arab and Muslim countries. And it is the story of a sometimes unstable and frequently changing relationship between Jews and Muslims that held the prospect of fear and terror as well as hope and opportunity for many millions of Jews.

According to both Jewish and Muslim traditions, Jews and Arabs were descended from Abraham, whose elder son Ishmael was sent out into the desert, and whose younger son Isaac remained with his father. It was Isaac’s son Jacob who was given the name Israel. According to the Book of Genesis, when Abraham died, Isaac and Ishmael together buried him in the Cave of Machpelah. The descendants of Ishmael are named in Genesis, where they are described as twelve chieftains. Isaac’s son Jacob had twelve sons, the twelve tribes of Israel, who are also named. The descendants of Isaac and of Ishmael to lived a thousand years later in the lands ruled by Ishmael’s descendants – in Ishmael’s house – were Semites with a common ancestry.

Excerpt from In Ishmael’s House, A History of Jews in Muslim Lands