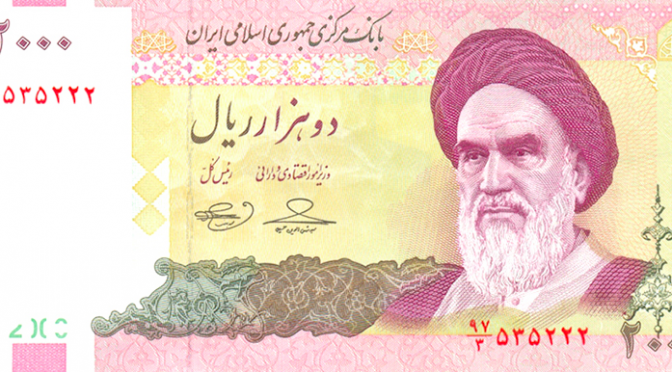 1953:  Not only Communism, but Islam, was offering an alternative political system to parliamentary democracy.  On November 2 the Constituent Assembly in Pakistan declared the country a republic and designated it the “Islamic Republic of Pakistan”.  Henceforth laws based upon Muslim religious principles were to have an important place in national legislation.  In Iran, Islamic clerics, among them the fifty-year-old Ayatollah Khomeini, were building up opposition to the secular aspects of the rule of the Shah and waiting for the day when they could denounce it publicly.  The Shah, although autocratic, was trying to modernize his country and – much as Atatürk had done in Turkey two decades earlier – to set it upon a predominantly secular path, open to Western social and cultural influences.  Two years earlier he had offered all his crown land, including 800 villages, for sale to the tenant farmers.  The Islamic clerics saw no virtue in this:  they wanted Iran ruled according to the tenets and ethics of Islam.

1963:  On June 4 the Ayatollah (“sign of God”) Khomeini was arrested for preaching against the rule of the Shah.  Part of the Ayatollah’s anger was directed against plans proposed by the Shah for the gradual social and political emancipation of women.  The Ayatollah’s arrest led to protest demonstrations in the capital, Teheran, and other Iranian cities.  The Shah sent the Ayatollah into exile:  he went first to Turkey, then to Iraq, and finally to Paris, where he formed a focal point for Iranian religious conservatism.

1979:  Not Communism, but Islamic fundamentalism, was struggling to gain power in Iran.  Demonstrators in every city demanded that the Shah be deposed and the exiled Ayatollah Khomeini be allowed back.  As demands for the Ayatollah’s return reached a crescendo, the Shah offered the premiership to a senior politician, Dr Shaphur Bakhtiar, who agreed to take the job only if a political settlement was reached with the Islamic movement and the Shah himself left the country.  Recognizing the strength of the Islamic movement’s street demonstrations, and realizing he could not order the army to open fire on such vast crowds, the Shah left Iran on January 16 for exile.  He was never to return.

On February 1, as street demonstrations for the Ayatollah Khomeni’s presence intensified, Bakhtiar invited the Ayatollah back.  In Teheran, tens of thousands of demonstrators demanded an Islamic state.  Bakhtiar called in United States marines to restore order in Teheran.  After two days’ heavy fighting the marines were forced to withdraw.  Within days, Islamic militants occupied army barracks in and around the capital.  On February 12 Bakhtiar resigned and left for exile.

The Ayatollah Khomeini established a government.  Those branded enemies of the Islamic revolution were brought to trial and executed.  All political Parties and organisations were banned, and all independent and non-Islamic newspapers were closed down.  Banks and industries were nationalized.  People known to be hostile to the new Islamic order were attacked in the streets and killed or beaten up.

1998:  In Afghanistan, the Taleban were strengthening their control through edicts based on their interpretation of Islamic law.  … In neighbouring Iran the relatively more moderate Islamic regime of President Khatami was having to face the threat of Taleban incursions into its eastern provinces.  It was also confronted within Iran by Islamic extremists who, denouncing Khatami as too moderate, had begun to execute supporters of free speech.

1999:  In Iran, as in China, a repressive regime was confronted with the challenge of the Internet, satellite television and the fax machine.  Under President Khatami, conciliation towards the West had begun.  In an interview with John Simpson of the BBC, Esmail Khoi, an Iranian poet living in exile in London, pointed to the fax machine through which he sent his poems to Iran, and commented:  “This is how Iran will eventually change.”

Excerpts from History of the Twentieth Century, Concise Edition