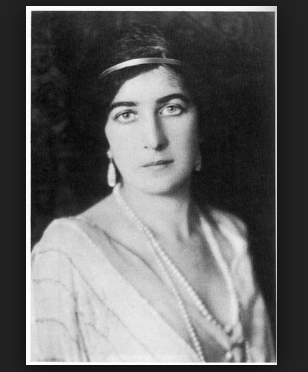 1971, Martin, just back in Oxford from a visit to Gallipoli to research Churchill’s time there for Volume III of the biography, writes:

Shortly after my return to Britain, with the image of the Dardanelles still vivid in my mind I received a visitor. She was a tall, attractive, amusing and voluble woman, who had written to me out of the blue, introducing herself as a friend of Randolph’s and a cousin of Clementine’s. Her name was Judy Montagu. I took her out to dinner at one of my favourite Oxford restaurants, the Sorbonne, its dining-room somewhat dark and romantic, as befitted its reputation. Judy, as she asked me to call her, had brought with her, somewhat surprisingly, a laundry basket. I assumed that it contained her over-night clothes (she had booked into the Randolph Hotel). Hardly had we sat down however, and before the waiter could take our order, she bent down and opened the laundry basket, bringing up to the table a folder full of letters.

The letters were handwritten, in an elegant hand that I recognised at once as Asquith’s. They had been written to her mother, Venetia Stanley, Clementine’s first cousin. The letters covered the whole period of the planning and execution of the Dardanelles. They were incredibly detailed, often telling far more about the course of the discussion in the War Council than the official record had done. There was a letter for virtually every day, sometimes two and even three letters in any one day. Not only had Asquith revealed to Venetia, at the time, the evolution of the Dardanelles, but he was particularly fascinated by Churchill, recounting to her Churchill’s conversations, moods, plans, interventions, all in detail and with great colour. Then, in the week that the Conservatives demanded Churchill’s head on a plate, there was a terrible change in the correspondence, hitherto caressing in its tone and seductive in its intention.

Venetia, tired of Asquith’s unrelenting attentions, had taken the one decisive step open to her to shake them off and to turn her back on them once and for all. She had informed him that she intended to marry. Her husband would be none other than the man they had both often laughed about and even mocked, Edwin Montagu, a dark, tall, ugly, “unattractive” (an Edwardian codeword for Jewish) member of Asquith’s Government. Not so long before, when Venetia had called on Montagu, Asquith had penned her the following note, which Judy showed me that evening:

Venetia, though a Christian child

Sprung from an Aryan stem

The silken tents of Shem.

Now Venetia would marry the mocked-at Montagu, did not want Asquith to write to her again, and wanted no more to do with him. He was devastated.

Excerpt from In Search of Churchill ©Martin Gilbert

READ MORE:  In Search of Churchill