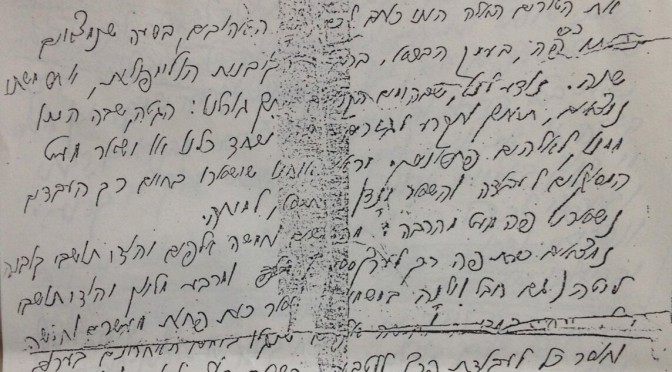 In 2006, Martin, who had been appointed a Distinguished Fellow at Hillsdale College in Michigan, was there speaking on “What Did Democracy Mean to Winston Churchill”.  After his lecture, I made my way up to him. The moment he spotted me, he called out to me and turned to a gentleman standing next to him.“ This is Joel Elkes,” he said. I looked at Martin, at the gentleman, and tears began running down my face.’

One of the first books of Martin’s that I had read after I met him was his edition of Avraham Tory’s diary, called Surviving the Holocaust, The Kovno Ghetto Diary. An extraordinary document, it is one of the few – if not the only – complete day-to-day diary of a Secretary of a Jewish Council under German occupation. Smuggled out after the war, the diary was reunited with its author who turned up on Martin’s door in Israel bearing a suitcase that contained the diary and other documents. Martin was determined that it should be published in English and with full explanations and documentation.

Among the documents that Martin included in the book was the  “ Last Testament” written by Dr Elchanen Elkes, the Head of the Jewish Council in Kovno, to his son Joel and his daughter Sara who had gone to England before the war to continue their studies.

And here was his son, Joel, standing in front of me.

Joel Elkes became a pioneer in the field of Psychopharmacology, and a painter. Sadly, he died 30 October 2015, a couple of weeks short of his 102nd birthday. His sister Sara Elkes who had been involved with Holocaust education and inter-faith relations at the University of Leicester, died just weeks before her brother.