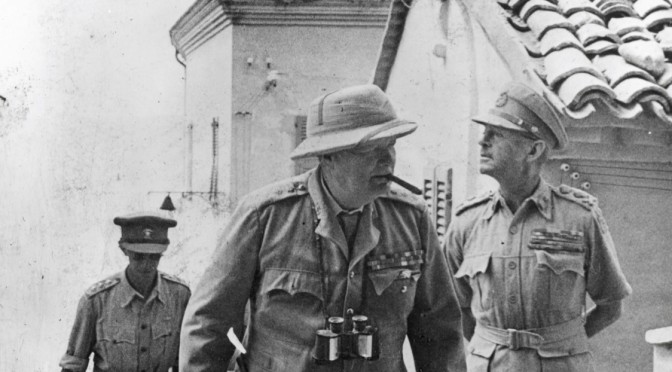 In the summer of 1944, shortly after Allied troops liberated Rome, Churchill was asked to set out for the Italian people the ideas that should guide them now that Italian Fascism had been overthrown – the harsh totalitarian rule of Mussolini and his Fascist Party. Churchill’s message reflects his abiding personal concern for the restoration and preservation of democratic principles, wherever peoples and governments were prepared to uphold them. Echoing his Collier’s article of nine years earlier, he wrote, on 28 August 1944:

“Is there the right of free expression of opinion and of opposition and criticism of the Government of the day?

“Have the people the right to turn out a government of which they disapprove, and are constitutional means provided by which they can make their will apparent?

“Are their courts of justice free from violence by the Executive and from threats of mob violence, and free of all association with particular political parties?

“Will these courts administer open and well-established laws which are associated in the human mind with the broad principles of decency and justice?

“Will there be fair play for poor as well as for rich, for private persons as well as government officials?

“Will the rights of the individual, subject to his duties to the State, be maintained and asserted and exalted?

“Is the ordinary peasant or workman who is earning a living by daily toil and trying to bring up a family free from the fear that some grim police organisation under the control of a single party, like the Gestapo, started by the Nazi and Fascist parties, will tap him on the shoulder and pack him off without fair or open trial to bondage or ill treatment?”

“These simple, practical tests,” Churchill added, “are some of the title-deeds on which a new Italy could be founded.” Ten years later, when he printed these questions in his war memoirs, Churchill noted: “This does not seem to require any alteration today.”

As much as the Atlantic Charter of three years earlier, these questions to the Italian people were a mark and a proof of the ultimate objective of Churchill’s war leadership: faith in democracy, the need to preserve democracy, and the hope of returning democracy to those countries that had been deprived of it by the victories of totalitarianism. Two months after his questions to the Italian people, Churchill told the House of Commons, on 31 October 1944: “The foundation of all democracy is that the people have the right to vote. To deprive them of that right is to make a mockery of all the high-sounding phrases which are so often used. At the bottom of all the tributes paid to democracy is the little man, walking into the little booth, with a little pencil, making a cross on a little bit of paper – no amount of rhetoric or voluminous discussion can possibly diminish the overwhelming importance of that point.”

In December 1944, when democracy was under grave threat in liberated Greece, in the form of a civil war, Churchill flew personally to Athens, to persuade the warring Greek factions to accept a unified, parliamentary-based government. In justifying his personal intervention, he told the House of Commons: “Democracy is no harlot to be picked up in the street by a man with a Tommy gun. I trust the people, the mass of people, in almost any country, but I like to make sure that it is the people and not a gang of bandits from the mountains or from the countryside who think that by violence they can overturn constituted authority, in some cases ancient Parliaments, Governments and States.”

… Churchill regarded Stalin’s betrayal of the Big Three pledge at Yalta for “free elections” in Poland as a moment of truth and the start of the Cold War. But he had faith that democracy would return to Poland. “Peoples in bondage should never despair,” he declared four years after the Soviet Union imposed a Communist regime on Poland. He went on to explain: “The machinery of propaganda may pack their minds with falsehood and deny them truth for many generations of time, but the soul of man thus held in trance, or frozen in a long night, can be awakened by a spark coming from God knows where, and in a moment the whole structure of lies and oppression is on trial for its life.”

Forty-two years after Churchill spoke these words, and twenty-six years after his death, the Iron Curtain fell, and democratic parliaments were restored not only in Poland, but throughout the former satellite states.

Excerpt from Will of the People, Winston Churchill and Parliamentary Democracy, Random House, ©Martin Gilbert, 2006