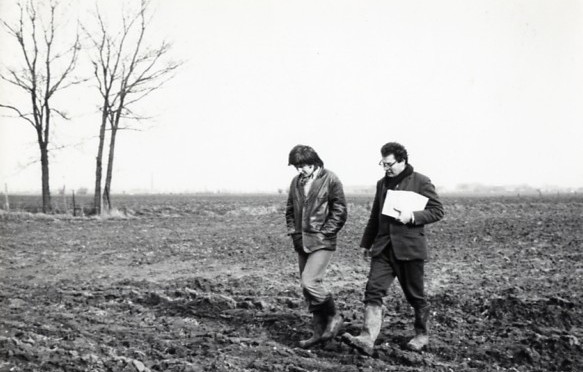 Eighty years have passed since the Serbian nationalist, Gavrilo Princip, shot and killed the heir to the Hapsburgs in Sarajevo in June 1914, precipitating four years of war. In terms of the lives of soldiers lost it was the most costly war of modern times: nine million military dead. In terms of territorial change, it also saw the most dramatic shift in borders of the century: the break up of four Empires, the German, the Austro-Hungarian, the Turkish and the Russian. Only the Russian Empire managed, in 1945, to regain most, though not all, of its losses.

The impact of the First World War has continued to this day. The American literary historian Paul Fussell, in his book The Great War and Modern Memory, has pointed to many current uses, often far removed from their original context, of many of the images of the war; trenches and front lines and barrages, walking wounded and going ‘over the top’. While I was writing my own history of the First World War, The Times, to illustrate an article urging John Major to show bold leadership, showed him in a First World War trench, whistle in hand, about to lead his men into the attack.

The portrayal of the First World War as a war of trenches and attrition, and above all of unnecessary slaughter, has been in tandem with a denunciation of the follies of generalship. Just as, between the wars Colonel Blimp came to symbolise the ‘blimpish’ stupidity of a whole segment of the officer class, so, with the culminating impact of Joan Littlewood’s Oh What a Lovely War!, no general could be regarded as anything but a priggish insensitive butcher. In fact, several British generals refused to carry out orders from above which they regarded as totally wasteful of human life.

Bravery, like generalship, has come to be much mocked in recent times. Yet in recounting the most destructive and appalling episodes of the war, instances of individual bravery, outstanding courage   —   including the courage displayed by doctors, nurses, medical orderlies and priests   —   pervaded every war front. The bravery of a single Jewish soldier on the Eastern front led the Tsar to announce the ending of a century of disabilities against the Jews of Russia. The bravery of a German gunner on the Western Front in holding out against overwhelming British odds led to his inclusion in British despatches. He was the only German in the whole war to be named in what was intended to be an entirely British roll of honour.

One of the dark sides of 1914-18, more associated with the Second World War than with the First, was the suffering of civilians and non-combatants behind the lines. The massacre of the Armenians, the genocide of the First World War, led to strong Allied protests, but to no effective action. All that was possible was to take some survivors by sea to safety, and to promise the Armenian people a state of their own after the war. The promise was not kept, though the United States was given a mandate over Armenia (to be carved out of Anatolian Turkey). When the Senate rejected the Versailles Treaty, it effectively destroyed Armenian statehood, though it is hard to imagine American troops continuing the war against Turkey into the 1920s, in order to maintain so distant a nation. Today the Armenians’ neighbours, the Kurds, have found, at least in their Safe Havens in northern Iraq, an Anglo- American protective hand.

The suffering of Serb civilians is another little remembered feature of the war behind the lines. They too were the victims of massacre, and of a horrific retreat over the mountains of Albania to the Adriatic. Prisoners-of-war also suffered, as in the Second World War, at the hands of those who did not recognise the protective conventions that, even by 1914, had been put in place. Unprotected by the existing international law, thousands of British and Indian soldiers captured by the Turks in 1916 on the Tigris were tormented and tortured on their long march to captivity.

National aspirations were also cruelly suppressed. Arab leaders were hanged in public in Damascus and Jerusalem by an Ottoman Empire desperate to crush an emerging patriotism. Czech nationalists were imprisoned in Prague, while their more fortunate leaders, led by Thomas Masaryk, campaigned overseas for statehood. Polish nationalist politicians and soldiers were the victims of Russian oppression. Slovaks, Croats and Slovenes clamoured for an independence that was to be denied them until three years ago.

A little-known aspect of the war was the use of air power. London and Paris were both bombed from the air. In 1918 the two-engined German Gotha bombers had the same power to frighten as the Heinkel bombers of 1940. British use of air power included the slaughter of hundreds of Turks fleeing Allenby’s armies at the end of 1918. In the closing phase of the campaign, retreating in disarray through what is now the West Bank, trying to reach the river Jordan, and virtually defenceless, they were bombed and machine-gunned from the air without respite.

Some of the men whose stature and strutting when war broke out in 1914 was so impressive, shrank into pathetic insignificance as the war went on. The Russian Tsar, even when he was at his military headquarters, retreated into a dream world of his own, where family games and quiet reflection were the order of the day. The German Kaiser, so confident at the start, found himself as the war went on informed rather than consulted by his generals about the great strategic decisions. When the time came for him to abdicate, he had to make a detour from Belgium to Holland, to avoid even setting foot on German soil, in case he were arrested.

Mutinies and desertions affected all armies. Strikes and riots behind the lines impeded all war efforts. Pacificism, mocked by white-feather patriots at the beginning, gained in attraction as the casualty lists grew and the battles, particularly on the Western Front, gained no town of note or territory of significance. It was a British Conservative peer, Lord Lansdowne, a former Foreign Secretary, who in 1917 called for a negotiated peace, and it was the Prime Minister himself, Lloyd George, who authorised secret talks with both Austria and Turkey that same year. The poetry of the war, capable of zeal and sentiment, became harsh and violent in its hostility to the fighting. Even the artists, sent out like John Sargant to capture some patriotic theme (in his case the working together of British and American units) found other topics. In Sargant’s case it was the row on row of men blinded by gas, stumbling forward to a casualty clearing station, each man’s arm on the shoulder of the man in front.

Among those who survived the trenches were many future leaders on both sides of the Second World War divide. The young Hitler fought from 1914 to 1918, being wounded, and later temporarily blinded by gas in one of the last British attacks of the war. He was awarded the Iron Cross First Class on the recommendation of his captain, Hugo Guttman, a Jew (who made his way to Canada after 1933). De Gaulle was taken prisoner at Verdun, and spent the last two years of the war in captivity, despite several escape attempts. While in prisoner-of-war camp he taught French to a young Russian prisoner. Later, as Marshal Tukhachevsky, that former prisoner and pupil was to be shot by Stalin (who had spent the war in remotest Siberian exile, far from the war fronts, a prisoner of the Tsar).

At the Paris Peace Conference a young Vietnamese presented a petition to the American delegation for the independence of Vietnam. His petition was rejected. Half a century later, as Ho Chi-minh, he was to defeat the Americans in the struggle for his much-fought-over land. The future Marshal Tito was gravely injured by a Russian cavalryman, and survived in Russian captivity until the Bolshevik revolution saw his release, and conversion to the Communist creed.

Two future British Prime Ministers were to be wounded in action: Anthony Eden on the Western Front and Clement Attlee in Mesopotamia. Neville Chamberlain lost a nephew of whom he was fond, and in whose memory he published a book of letters and recollections. James Callaghan, who became Prime Minister in 1976 (sixty years after the Somme), had memories of the First World War; although he was only two years old when it began. His mother had taken him to the house of a young woman widowed in one of the first naval battles of the war. He later recalled the ‘grief in that room’. The strangeness of the scene was fixed in his mind by the fact that the widow was breast-feeding her now fatherless child. He had never seen such a sight before.

Between 1914 and 1918 the number of bereaved, parents, widows, brothers and sisters, and children, exceeded thirty million. In this account of the First World War, I have tried to tell the human story in parallel with the strategic one. While finishing the book, I found a war grave in Normandy (at the time of the D-Day anniversary), of a soldier killed in action in Normandy whose father had been killed on the Western Front when his son was one year old. I included both their stories. The echoes of the events of 1914-18 are with us still.

Photo: Sir Martin on the battle field of Ypres with his assistant,1969