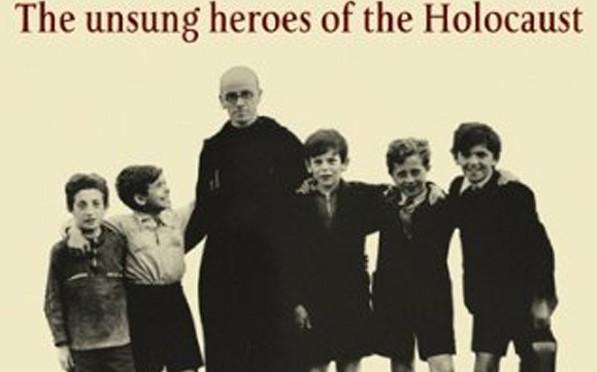 Many of those Jews who survived Nazi rule and occupation in Europe between 1939 and 1945 owed their survival to non-Jews. The penalty for helping a Jew hide was often death, especially in Poland and eastern Europe. Many hundreds of non-Jews were executed for trying to help Jews. Hostile neighbours could be as dangerous as the Gestapo, often betraying both those in hiding and those who were hiding them.

Collaboration and betrayal cast a shadow on the story of rescue, raising the question of how many more Jews might have been saved had more people been prepared to take the risk of helping them; they also intensify the light that shines on those who did help, almost always at great risk to themselves. Henry Huttenbach, the historian of the Jews of Worms, writes of an elderly Jewish couple in Worms who were made welcome in a Catholic convent and thus escaped deportation: ‘They had the good fortune of encountering brave and decent people who sheltered them in an otherwise overwhelmingly unfriendly and disinterested Europe. It must be remembered that those who did escape camps ran away into societies poisoned by anti-Semitic sentiments. The vast majority perished at the hands of collaborators with Germany’s scheme to exterminate the Jews, whether Swiss border guards refusing entrance to anyone over sixteen, or the French police arresting foreign Jews, or Poles refusing to hide escapees from ghettoes, or Russian partisans who killed Jews seeking to join them in their fight against the Germans.’

But, he added: ‘In this morally depraved Europe, there were islands of exceptions, an occasional decent person who risked his life by opening his home, and a rare convent or monastery which had the moral backbone to extend sanctuary to persecuted Jews other than to those who had converted to Christianity.’

Those ‘islands of exceptions’ and the ‘moral backbone’ of the rescuers are central to the story of a Nazi-dominated Europe within which righteous acts testified to the survival of humane values, and to the courage of those who saved human life rather than allow it to be destroyed. In every country under Nazi rule or occupation, the instinct to help remained strong, despite widespread hostility or indifference. Six million Jews were murdered, but tens of thousands were saved.

In almost every instance where a Jew was saved, more than one non-Jew was involved in the act of rescue, which in many cases took place over several years. ‘In order to save one Jew,’ writes Elisabeth Maxwell, referring to the French experience, ‘it required ten or more people in every case,’ and she cites the story of Alexander Rotenberg who crossed from France into Switzerland. On reading his story, she noted, ‘I find that more than fifty people were directly involved and needed in his rescue from Antwerp, via France to Switzerland, and that takes no account of all those who were in the know or closed their eyes and did not talk.’

The story of the Righteous is the story of men and women who risked their lives and those of their families to help save Jewish lives: people who, in the words of Si Frumkin, a survivor of the Kovno ghetto, ‘ignored the law, opposed popular opinion, and dared to do what was right.’ According to Jewish tradition: ‘Whoever saves one life, it is as if he saved the entire world.’

At the beginning of the year 2002, fifty six years after the end of the war in Europe, more than nineteen thousand non-Jews had been honoured as Righteous at Yad Vashem. As one century gave way to another, more than eight hundred non-Jews were being identified and honoured every year. Were a single printed page to be devoted to each person already recognized as Righteous, it would take fifty books the size of this one to tell all their stories.

In 1993 I was invited to speak in Jerusalem to a gathering of several hundred Jews who had been hidden as children during the war by non-Jews. These ‘Hidden Children’, as they called themselves, had first come together two years earlier in New York and felt strongly that the time had come to seek public recognition of those who had saved their lives.

Extract The Righteous, The Unsung Heroes of the Holocaust

Listen to the Sir Martin Gilbert Interview:  Non-Jews who helped Jews during the Second World War