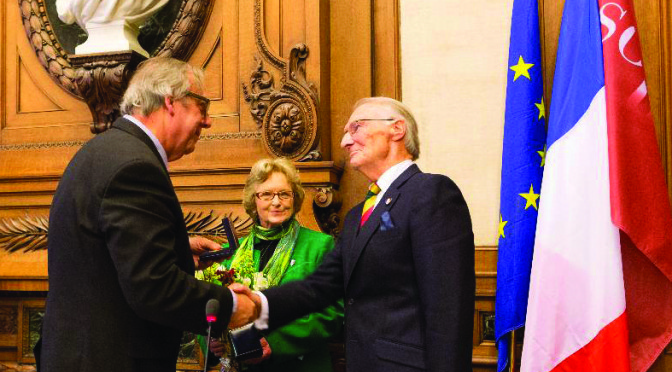 Major and Mrs Holt continue to do an important service to everyone interested in the battlefields of the First and Second World Wars. Their work gives each visitor to the battlefields, as well as all those who read guidebooks in their own homes without leaving these shores, a sense of what the contending forces attempted, achieved and suffered.

In more than twenty books, the Holts have combined the human face of war with its locations and visual remnants. Poetry and anecdote are an integral part of their presentations. At the core of the Holts’ work is their own energetic travel and exploration; their aim is to leave no aspect of the battlefields uncharted.

The Battle of the Somme has always held a special place in the study of the First World War. In this sixth expanded edition, the Holts have put all students and travellers in their debt. Thanks to their patient, thorough and readable work, visiting the battlefield, and understanding it, are made remarkably accessible. More than ninety years have now passed since the battle ended; this comprehensive, highly readable guidebook ensures that its history, its strategy, its courage and its suffering remain fundamental to our understanding of what human beings endured on the battlefields.

Several features of this volume stand out for their usefulness:

The introductory eight-page Historical Summary provides a clear and informative introduction to any visit, while other historical sections, including one for the fighting on this same battlefield in 1918, are printed just where they are needed in the body of the book.

The Approach Routes, three in all, enable the visitor to explore aspects of the battle that lie outside the actual area of conflict.

The Eastern Approach route includes the French National Cemetery at Notre Dame de Lorette with its 40,057 burials; and Vimy Ridge with its Canadian National Memorial, on which are the names of all 66,655 Canadian soldiers killed on all fronts during the First World War.

The Central Approach is the shortest and fastest from the Channel coast, starting at the historical museum at Péronne – the Historial de la Grande Guerre – that is also the final point of the Eastern Approach. The audio-visual presentation at this museum includes the rare contemporary twenty-minute film of the Battle of the Somme. The Holts also advise a visit to the town itself: fortified since the Roman invasion, besieged in 1870 in the Franco-Prussian war, and damaged in both 1917-18 and 1940.

The Western Approach route includes the vast Etaples Military Cemetery, with its 11,435 burials, most of them men who died while in the adjacent military hospital. Each of the three approach routes has useful detours to further places of interest.

At the centre of the guidebook are five Itineraries, each clearly and fully narrated, and each with a clear map. Each Itinerary is skillfully designed to make the most of each visit, and is exceptionally valuable in understanding what happened at each point on the battlefield. The first three Itineraries are the longest. Each one can be traversed in eight hours. They include the location and history of the craters of 1 July 1916, and the preserved trenches on the battlefield. Itinerary One begins in the town of Albert, which on 1 July 1916 was the central starting point of the battle, initially known as the Battle of Albert.

Within each Itinerary, extra visits, printed in grey, will encourage a longer visit whenever that is possible. Each of these merit the extra time involved. The Holts make clear in each case the distances involved and the approximate time that needs to be taken, as they do with the five main Itineraries.

Long and short tours are both catered for in these pages. A list of fifteen ‘Key Locations’ enables those who have only time for even one location to go there and to have the full benefit of the guidebook’s help. These fifteen locations are listed on pages 14-15. They indicate another feature of this guidebook that much enhances its value: its coverage of the experiences of all the combatants: Britons, Americans, Canadians, Newfoundlanders (Newfoundland then being a separate Dominion), South Africans, Australians, New Zealanders, French and Germans.

The Approach Routes include memorials to Chinese, Czech, Moroccan and Polish soldiers killed in action.

The Pals battalions also have their memorials on the battlefield, several in the Sheffield Memorial Park, not far from the largest of the British war cemeteries on the Somme, Serre Road No.2, with its 7,127 burials, of whom 4,944 were never identified. Among the many unusual facts that the Holts provide in this book is that in the gardeners’ hut at Serre Road No.2, during the Second World War, a Commonwealth War Graves Commission gardener, Ben Leach, hid two RAF evaders when a group of Germans came to pay their respects at the German war graves then in the cemetery.

The copious illustrations, many in colour, not only encourage the reader to see the places, monuments, cemeteries and memorials in situ, but are both helpful and pleasing to come across as one walks the battlefield book in hand.

The monuments and memorials, which in recent years have greatly increased in number, are carefully described. Each one has a story – a wealth of stories – to tell. Visiting each one creates moments of deep reflection. The most visited, the Thiepval Memorial, is the largest British war memorial in the world. On it are inscribed the names of more than 73,000 British and South African soldiers who perished on the Somme battlefield and have no known grave. Other memorials on the Somme to the missing are the Newfoundland Memorial at Beaumont Hamel and the New Zealander Memorial at Longueval. The Holts guide us to them all.

The museums are another feature of the battlefield that has changed immeasurably in recent years. Large and small, these museums give glimpses of aspects of the battle that are not visible on the battlefield itself. The Holts locate them clearly in the guidebook and give a full indication of what they contain. The museums, and many of the locations in the Itineraries, tell us not only of the soldiers in the trenches, but also of two other features of the Somme battlefield, the war in the air, and the first use of the tank in warfare.

The advice that the Holts give to the visitor to the battlefield is wise and sensible. The recommendation to take waterproof footwear is not merely a whim, but essential. The mud of the Somme was considered even worse – to those who fought in both – than the mud of Passchendaele a year later. The Holts also warn against picking up ‘souvenirs’. What is known as the ‘iron harvest’ includes bullets, shells, grenades, and gas shells. Those found by local farmers are piled on the edges of their fields for collection by a French Army bomb disposal unit. These too should not be touched. Even the rusty shrapnel and barbed wire that is found everywhere can lead to blood poisoning or tetanus.

The useful addresses in this guidebook greatly enhance the practicalities of any visit. I can fully endorse, for example, the ‘excellent fish restaurant’ at Etaples, the extremely comfortable Chateau de Remaisnil near Doullens, Phoebe and Teddy Colligan’s café and Visitor Centre at the Ulster Tower, Avril Williams’ tea room at Auchonvillers (Ocean Villas), Philippe Feret’s café at Beaucourt Station – scene of the final days’ fighting on the Ancre – Dominique Zanardi’s Tommy Café at Pozieres, and many other places where the Holts know that one will be warmly welcomed, and, where apposite, well-fed, well-housed, and well-informed.

To enhance the value of any visit to the Somme, users of the guidebook will gain considerably from the single-sheet Major and Mrs Holt’s Battle Map of the Somme, an incredibly useful adjunct to the book. Frequent references are made to it in the guidebook itself.

The war cemeteries are central to any visit to the battlefields. The Holts not only encourage readers, by their descriptions, to visit them, but give us sufficient information about some of those who lie there, that walking among the gravestones, studying the registers, and relating each cemetery to the battle itself, becomes not only an educational experience but a deeply emotional one. Among the noteworthy graves pointed out by the Holts are those of men awarded the Victoria Cross, those of the sons of famous men, those of young soldiers, and those of men whose story has some unusual aspect.

A helpful appendix gives details of the Allied and German war graves and commemorative associations, including the Commonwealth War Graves Commission, whose cemeteries worldwide commemorate the 1,700,000 British and Commonwealth dead of two world wars. The battle of the Somme accounted for an estimated 95,675 of those dead, almost 20,000 on the first day. More than 50,000 French soldiers, and 164,000 German soldiers, were killed on the Somme battlefield between July and November 1916.

The war cemeteries on the Somme dominate the landscape. Some are vast, some are small. Some are highly visible on the landscape, some are remote and secluded. The Holts take us to them all. In their own words: ‘Though visiting the beautiful Commonwealth War Graves Commission cemeteries is not the be all and end all of a battlefield tour, we determined right at the beginning of our ventures that if we ever found ourselves walking along a line of headstones without feeling the sorrow radiating from the personal messages we would stop immediately. So far that has not happened. We feel proud to be able to cry.’

Throughout the guidebook there are quotations from letters, diaries and memoirs and poems – and gravestone inscriptions – of those who fought on the Somme. These accentuate the human face of the battle. In writing my book Somme, Heroism and Horror of War, and using the Holts’ guide as my constant companion, it was this aspect that seemed to add so much to the immediacy to the battle.

The central feature of this book – the golden thread that runs through it – is the focus that the Holts give to the stories of individuals. As the Holts write: ‘There are thousands of individual stories of valour, of loyalty and of endurance to tell about this area. By highlighting some of them we hope to bring alive the battlefield and the experiences of the men who fought, and often died, here.’ This they have done, and done in such a way that few visitors using their guidebook – either on the battlefield itself or in the reflective comfort of their own home – will not be deeply moved.