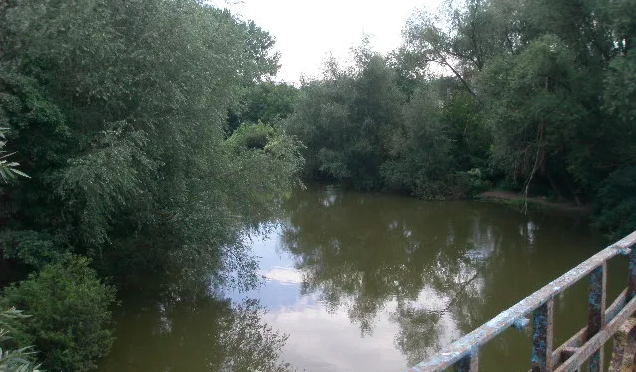 An excerpt from The Righteous

1943, in the Lutsk region of Western Ukraine, David Prital tried to find sanctuary from the German extermination campaign of the Jews, their willing collaborators and those too terrified to help:

Spring came, the season when David Prital had promised to leave the house and try his luck elsewhere.  “Jews were caught in the town more often than before,” he recalled, “and this heightened the atmosphere of apprehension in my host family.”  His account continued:  “I realised that I must find people who are humanitarian by nature and by convictions.  Where were such people?  Who were they?  During long winter nights I recalled walking with my grandfather on his business trips and visiting some villages.  I remember visiting a peasant whom my grandfather called a righteous person.  He belonged to one of the many religious sects in the Volyn region.  I also remembered prayers and strange rituals performed by the members of the sect on the banks of the Styr river.  When I was a kid, I liked to watch the ritual of baptism and listen to their peaceful songs.  Those were small groups of Baptists.  I also recalled the figure of a housemaid in our yard who also belonged to one of those sects.  I recalled her peace of mind and her love for the Jews, and I firmly decided to find these people.

“I walked in the path between two fields, and my heart was full of anxiety and apprehension.  Suddenly I saw a figure of a Ukrainian peasant walking peacefully in the fields.  My instincts, which served me well in many dangerous situations, told me that I didn’t have to be afraid of this meeting.  He approached me and immediately understood who I was.  With tears in his eyes he comforted me and invited me to his house.  Together we entered his house and I understood instantly that I had met a wonderful person.  ‘God brought an important guest to our house,’ he said to his wife.  ‘We should thank God for this blessing.’  They kneeled down and I heard a wonderful prayer coming out of their pure and simple hearts, not written in a single prayer book.  I heard a song addressed to God, thanking God for the opportunity to meet a son of Israel in these crazy days.  They asked God to help those who managed to stay alive hiding in the fields and in the woods.  Was it a dream?  Was it possible that such people still existed in this world?  Why then didn’t I think about them while I was still in the ghetto?  With their help and proper planning we could have saved many people!

“They stopped praying and we sat down at the table for a meal, which was enjoyable.  The peasant’s wife gave us milk and potatoes.  Before the meal, the master of the house read a chapter from the Bible.  Here it is, I thought, this is the big secret.  It is this eternal book that raised their morality to such unbelievable heights.  It is this very book that filled their hearts with love for the Jews.

“After the meal, I started to talk to them.  ‘Look, I, too, am a Jew,’ he said.  I was shocked.  In what world were we?  ‘I am a Jew in spirit,’ he continued.  ‘This encounter with you gives me more food for more thought and confirms the words of the prophets that the remnants of the Jews will be saved.’”

Late at night the Baptist brought David Prital to the granary so that he could sleep there.  “As I have related, unfortunately for me, my hosts had a neighbour who was known for his hatred of the Jews.  For the sake of caution, my host had to take me to sleep at another peasant’s home who was of the same faith and who also received me cordially, and who was ready to help me in every way.  However, there were serious problems caused by the special status of the Baptist community.  They represented a small minority in the village surrounded by Russian Orthodox neighbours who hated them.  Therefore, I couldn’t stay for a long time at this other peasant’s home and I had to wander from one place to another

I remember the following episode.  One of the peasants said to me:  ‘Normally, we trust our people but a person’s real nature can only be tested in times of trouble.  Tonight we ask you to go to a certain peasant and ask for refuge.  He is not aware of your staying in the village and his attitude to you will be a real test for him.  There is no personal danger for you.  If he refuses to let you in, it will be a source of information about the depths of his devotion and his loyalty.’  Having received instructions on how to get to this peasant’s house, I finally went there late at night, and after midnight I reached the house that had corresponded to the description I was given – tin roof, a granary, a kennel, etc.  I knocked on the door, and I heard the frightened voices of the family members.  ‘Who is there?’  I said:  ‘A homeless person is asking for shelter for a few days.’  Inside, they started to argue.  The wife implored her husband not to open the door.  I realised that these good people were indeed subjected to a strenuous trial.  In 1943, every night could turn into a night of killings and conflagrations.  I heard a voice saying ‘We don’t open the door at night.’  I said, ‘What a time has come when a Jew asking for shelter does not receive it?’  The master of the house turned to his wife:  ‘This is a Jew, and how can we refuse him?’  The door opened and the hearts of those good people opened, too, and I spent several days in this house.”

Excerpt from The Righteous, quoted from a Yad Vashem Righteous Among the Nations Archive.

David Prital became a scholar of Soviet Jewry and was active in the movement that campaigned for them to emigrate.