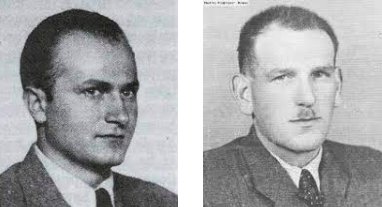 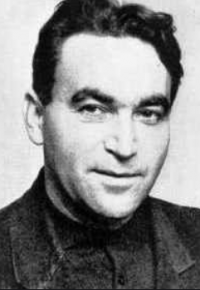 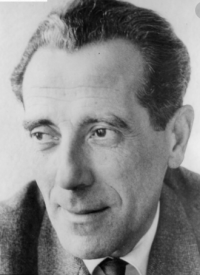 On May 27 a further escape took place from Auschwitz itself. The escapees were a young Polish Jew, Czeslaw Morodowicz, and a Slovak Jew, Arnost Rosin.

During the second week of June 1944 news was finally received in Geneva which was to transform Allied knowledge of Nazi brutality. The source of this news was the information sent from Slovakia, consisting of two separate reports: the detailed account by Vrba and Wetzler of the gassing procedure, and the news brought later by Mordowicz and Rosin, that the deportation of Hungarian Jews was actually in progress, and that they too were being gassed.

Mordowicz and Rosin had reached the Slovak border on June 6, and had made contact, as Vrba and Wetzler had done, with the Slovak Jewish leadership. The two new escapees told their story, not only the facts once more of the nature of life and death at Auschwitz-Birkenau, as Vrba and Wetzler had told, but also their own eye-witness account of the arrival and destruction of tens of thousands of Hungarian Jews in the week before their escape. As Vrba later commented: “Wetzler and I saw the preparation for the slaughter. Mordowicz and Rosin saw the slaughter itself.”

On reaching Slovakia, Mordowicz and Rosin had been taken to the small hill town of Lipovsky Mikulas, where, as Mordowicz later recalled, they were brought to a room next to the one in which Vrba and Wetzler were already waiting, whereupon the Slovak Jewish leaders, led by Oskar Krasnansky, cross-examined both pairs of escapees, checking one against the other every detail of their description of “normal life” at Auschwitz: “how we were dressed, what we ate, the reality of the Auschwitz life. That was the most difficult for them to believe, the reality. We gave them the names of young Slovak Jews who worked in the Sonderkommando. Some were known to them ….”

Mordowicz and Rosin then made their special report, covering the events at Birkenau between April 7, the day on which Vrba and Wetzler had escaped, and May 27, the day of their own escape. At the beginning of April, they reported, some 1,700 Greek Jews had arrived, of whom 200 had been “admitted to the camp” and the rest “immediately gassed”. Between April 10 and April 15 some 5,000 Polish Jews and non-Jews arrived, including two or three thousand women from Majdanek, of whom 300 were Jewish girls. The new arrivals were given tattoo numbers “running from approximately 176,000 to 181,000”; then, three days after their arrival in Birkenau, the 300 Jewish girls “were all gassed and burned”.

At the end of April 3,200 more Greek Jews had reached Birkenau, of whom all but 200 were “exterminated”. At the beginning of May “smaller transports” of Dutch, French, Belgian and Greek Jews had arrived, most of whom “were put to work in the Buna plant at Monowitz. Then the “mass transports” from Hungary had begun: “the spur railroad track which ran into the camp to the crematoria was completed in great haste,” Mordowicz and Rosin reported, “the crews working night and day, so that the transports could be brought directly to the crematoria. Only about 10 per cent of these transports were admitted to the camp; the balance were immediately gassed and burned. Never had so many Jews been gassed since the establishment of Birkenau.”

Even the capacity of the crematoria had not been enough for these new arrivals. Mordowicz and Rosin told their questioners. As a result, “great pits 30 metres long and 15 metres wide were once more dug in the ‘Birkenwald’ (as in the time before the crematoria) where corpses were burned day and night.”

Shattered by this new information, Krasnansky returned to Bratislava, where he and his colleagues prepared a combined Vrba-Wetzler and Mordowicz-Rosin report, for transmission to the west. “I put the two reports together, and prepared to send them off again,” Krasnansky later recalled. And only seven days later, by means of yet another courier, but this time a reliable one, a copy of the combined report reached neutral Switzerland. Its recipient was Dr Jaromir Kopecky, the Geneva representative of the Czechoslovak Government-in-Exile: it reached Geneva on June 13.

At last the reality of Auschwitz-Birkenau was clear to the outside world. The “unknown destination in the east” finally had a name. The camp which had hitherto been believed to be one of the many labour camps in Upper Silesia was revealed to be the largest single killing centre in Europe. The place where it had earlier been reported that several thousand Jews and several thousand Poles had been murdered was shown to be the site of the murder, during the previous two years, of a million and a half Jews, brought there not only from Poland, but from all over Europe, and still being brought, at the incredible rate of 12,000 a day, from Hungary.

Excerpt from Auschwitz and the Allies

Read more: Auschwitz and the Allies