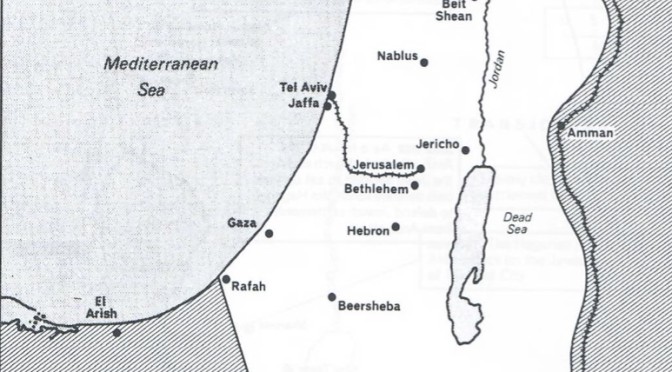 In the autumn of 1917, the British War Cabinet, desperate to persuade the Jews of Russia to urge their government to renew Russia’s flagging war effort, saw a future Jewish Palestine as an inducement and stimulus to the patriotic zeal of Russia’s Jews. To this end, Britain encouraged the possibility of an eventual Jewish majority in Palestine, even if – with the population then being some 600,000 Arabs and 60,000 Jews – such a majority might take many years to emerge.

On 24 October 1917, the Foreign Secretary, A.J. Balfour told the War Cabinet: “The vast majority of Jews in Russia and America, as, indeed, all over the world, now appear to be favourable to Zionism. If we could make a declaration favourable to such an ideal, we should be able to carry on extremely useful propaganda both in Russia and America.” On November 1, a senior Foreign Office official noted that the Zionist leaders then in Britain were prepared to send “agents” to Russia and America “to work up a pro-ally and especially pro-British campaign of propaganda among the Jews.” 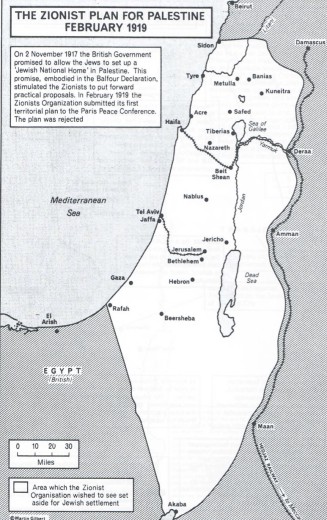 The Balfour Declaration was issued the next day, November 2. To secure the results hoped for by the Foreign Office, Vladimir Jabotinsky agreed to go at once to Russia, to stimulate Russian Jews to urge their government not to pull out of the war, and leave Britain and France in danger of defeat at the unfettered hands of Germany. Chaim Weizmann agreed to go first to the United States and then to Russia, to rouse pro-war sentiment among the Jewish masses in both countries. But on November 7, before Jabotinsky or Weizmann could set off, the Bolsheviks seized power in Petrograd and withdrew Russia from the war.

Publication of the Balfour Declaration had been delayed a week so that it could first be published in the weekly Jewish Chronicle on November 9. It was thus issued too late to affect the Bolshevik triumph. It did, however, encourage American Jews, especially those born in Russia, to volunteer to fight in Palestine against the Turks as part of the British Army. Yitzhak Rabin’s father was among those volunteers. A.J. Balfour’s letter to Lord Rothschild which recognised the right of self-determination of the Jewish people and their connection to the Holy Land.

The Balfour Declaration had nothing in it about Jewish statehood. On 31 October 1917, Balfour told the War Cabinet that while the words “national home … did not necessarily involve the early establishment of an independent Jewish State”, such a State “was a matter for gradual development in accordance with the ordinary laws of political evolution.”

On 3 January 1919 agreement was reached between Weizmann and the Arab leader Emir Feisal, stating that that all “necessary measures” should be taken “to encourage and stimulate immigration of Jews into Palestine on a large scale, and as quickly as possible to settle Jewish immigrants upon the land through closer settlement and intensive cultivation of the soil”. In taking such measures, the agreement went on, “the Arab peasant and tenant farmers shall be protected in their rights, and shall be assisted in forwarding their economic development.”

On February 27, in Paris, Weizmann presented the Weizmann-Feisal Agreement to the Allied Supreme Council of the victorious powers, which wanted to know if a Jewish “nationality” would involve eventual statehood? Weizmann told them: “Later on, when the Jews formed the large majority, they would be ripe to establish such a Government as would answer to the state of the development of the country and to their ideals.” On July 5, Balfour informed the British general then in charge of Palestine that land purchase could continue “provided that, as far as possible, preferential treatment is given to Zionist interests.”

When Winston Churchill was asked, in 1937 by the Royal Commission on Palestine, whether a Jewish majority had been intended by those who, like himself while Colonial Secretary in 1922, had been responsible for the evolution of the Mandate, he replied: “Certainly we committed ourselves to the idea that someday, somehow, far off in the future, subject to justice and economic convenience, there might well be a great Jewish State there, numbered by millions, far exceeding the present inhabitants of the country and to cut them [the Jews] off from that would be a wrong.”

The Routledge Atlas of the Arab-Israeli Conflict