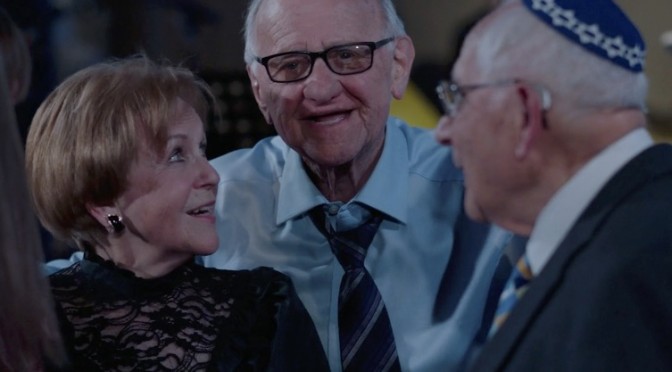 Editor’s Note: This mid-May was to have seen a reunion of The Boys and their families in Windermere, in the English Lake District. They were to return, as a group, to the place in which many of them had spent their first peaceful summer, where they began their journey to a new reality and their new lives. What can their story tell us about loss and survival in our current situation?

The story of the boys, from their earliest childhood days in Europe, to their life and work today, is one that displays many elements of the troubled, yet aspiring human condition. Before 1939 they were part of a settled world that, for all its problems, was evolving and even flourishing, before it was deliberately and irrevocably destroyed. They are the eyewitnesses of vanished communities and vanished patterns of life which Jews had practiced for many centuries. Then, while the world around them was literally consumed in violence and fire, they were subjected to the tyranny of slave labour over a prolonged period, and saw the cruelest of tortures practised by one group of human beings on another. They survived, but only just; many of them were very near to the death indeed at the moment of their liberation; some were in what might have well been their final coma, had liberation been delayed even by one more day.

The generous impulse which led the Central British Fund to bring the boys over to Britain created a bond and a focus among them that were in many ways unique. Some had known each other in their home towns and in the camps, but it was when they were brought together in Britain that the strong links between them were forged. These links have persisted to this day, unbroken, and indeed strengthened as the years pass. Their cohesion as a group is unusual in the extreme. Most of them had no other family when they reached Britain; their parents, and their closest relatives, had been murdered. First the hostels, then the Primrose Club, and in more recent decades the ’45 Aid Society, became their home and the centre of their creative energies. It was in these surroundings that they renewed their lives, facing a very different world to the world of their youth; educating themselves, finding work, earning a living, marrying, raising families, and becoming an integral part of the communities in which they settled.

The past is an ever-present reality for the boys, as it is for all survivors. Yet they have not allowed its pain to embitter them, or to cloud over the constructive wellsprings of daily life, in which their own achievements have been considerable. Theirs are the achievements of new family circles in which their wives, deeply aware of their wartime torments, have played a pivotal part; and the achievements of friendships, many of them born in a time of adversity, and which have been maintained and enhanced during fifty years of constructive enterprise and charitable endeavour.

“Fifty years on,” wrote Moniek Goldberg fifty years after liberation, “I reflect that I could tell my father that I have not forgotten what I learned as a boy. I helped my fellow man when I could. I am proud to be a Jew, for I have seen man behave worse than beasts, but the Jews remembered Rabbi Hillel who taught us, ‘If you find yourself in a place where there are no men, you must strive to be a man.’ We were amongst the beasts, and I am proud to declare that we upheld the dignity of man.”

An excerpt from  The Boys