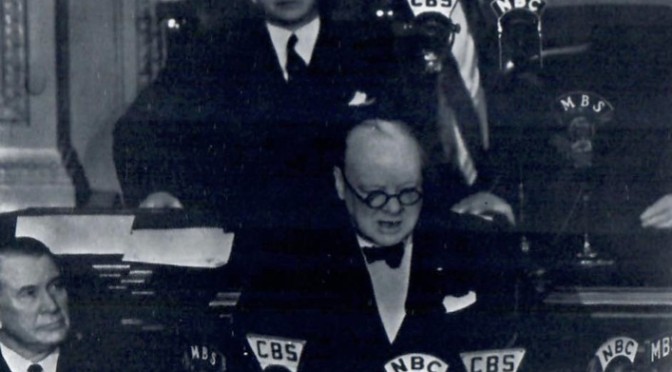 On December 5, however, Churchill learned from another Enigma decrypt that a German air corps had been ordered from Russia to the Mediterranean, to give Rommel the extra air support he had so strongly requested. Britain’s battle in the Western Desert had forced the Germans to withdraw essential units from the East.

This encouraging news with regard to Russia was offset by a flurry of speculation that Japan planned some military action in the Far East. British, Dutch and Siamese territory were all within range of her sea and air forces. Churchill had begged Roosevelt on November 30 to “prevent a melancholy extension of the war” by warning the Japanese that any aggression on British, Dutch or Siamese territory would lead to an American declaration of war. In reply, Roosevelt explained that for constitutional reasons he could not give guarantees to other states, but he urged Churchill to issue a British guarantee on behalf of Siam. Such a guarantee would be “whole-heartedly supported by the United States,” he said, but did not explain what that support would be. British policy, Churchill told the War Cabinet on December 2, “is not to take forward action in advance of the United States”.

No public declaration of support for Siam was made, either in London or Washington. But on the morning of Sunday December 7, while at Chequers, Churchill agreed that in the event of a Japanese invasion force approaching Siam, as now seemed likely, British naval and air units would attack the Japanese troop transports. Later that morning he learned that Roosevelt intended to announce in three days’ time, on December 10, that if Japan invaded British, Dutch or Siamese territory, the United States would definitely regard it as a “hostile act” against America. “This is an immense relief,” Churchill telegraphed at once to Auchinleck, “as I had long dreaded being at war with Japan without or before the United States.”

It was the “strong American Fleet at Hawaii”, the British war Cabinet had been told six weeks earlier, that would “restrain” the Japanese from any “major venture” into the Gulf of Siam. Even so, with substantial Japanese forces now clearly on the move, Churchill telegraphed just after midday to the Siamese Prime Minister: “There is a possibility of imminent Japanese invasion of your country. If you are attacked, defend yourself. The preservation of the full independence and sovereignty of Siam is a British interest and we shall regard an attack on you as an attack on ourselves.”

At Chequers that evening, Churchill’s dinner guests were Averell Harriman and John G. Winant, the American Ambassador to Britain. As they dined, Japanese aircraft struck at the American Fleet at anchor at Pearl Harbor. For an hour and a half the attackers wheeled over the dockyards hurling their torpedoes and bombs, and leaving in their wake four battleships destroyed and two thousand Americans dead. At none o’clock in the evening, British time, Churchill turned on a small wireless set to hear the news. It began with items from the Russian and Libyan fronts, followed, he later recalled, by some few sentences “regarding an attack by Japanese on American shipping at Hawaii, and also Japanese attacks on British vessels in the Dutch East Indies.”

A telephone call was put through to Roosevelt. “Mr President,” Churchill asked, “what is this about Japan?”

“It’s quite true,” Roosevelt replied. “They have attacked us at Pearl Harbor. We are all in the same boat now.”

This excerpt was inspired by a query to Sir Martin’s website from Yasuna Higuma of The Sankei Shimbun, Japan’s national newspaper, to enquire of Sir Martin about that Churchill/Roosevelt discussion.